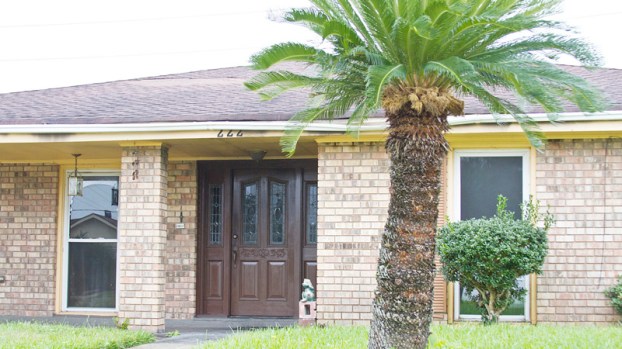 There is not much damage visible on the outside of 2224 Cambridge Drive in LaPlace, but state authorities believed a Monday afternoon fire at the location may have been intentionally set.

LAPLACE — A fire that burned Monday evening at 2224 Cambridge Drive in LaPlace was intentionally set, according to the Louisiana Office of State Fire Marshal, and officials are looking for community tips to yield more answers.

It was one of two house fires recorded Monday in St. John the Baptist, neither of which resulted in injuries.

Investigation revealed the Cambridge Drive fire started in the master bedroom, likely on the bed itself, according to Ashley Rodrigue, public affairs director for the State Fire Marshal.

“At this time we haven’t determined an exact cause, but we have classified the fire as incendiary, which is the terminology we use to say it was intentionally set,” Rodrigue said.

Rodrigue classified the location as “vacant” because the owner had not been home in the past month.

Investigators are speaking with neighbors and using security cameras to find more information, according to Rodrigue.

Four engines responded, and firefighters discovered flames emerging from the back doorway and window.

“We got a report that no one’s living there and kids like to play in it,” Dufrene said. “We did a search of the house but didn’t find anybody. We called in the State Fire Marshal to determine the cause and origin because it’s a little suspicious to have a fire in an abandoned house.”

LAPLACE — The Fall election season has entered Round 2. Local voters decided on six of the seven contested St.... read more