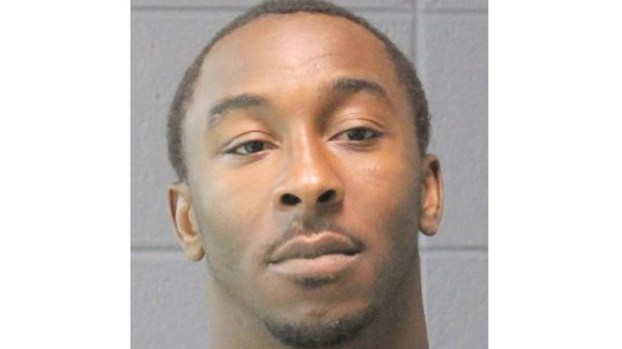 His latest arrest came down last week, according to the St. John the Baptist Parish Sheriff’s Office, when a switched license plate led to a foot chase and the arrests of two others.

Special Operations Division officers were conducting afternoon patrols in LaPlace Oct. 26 when they noted a switched Louisiana license plate on a vehicle in the center median in front of a business in the 600 block of West Airline Highway.

Officers initiated a traffic stop, and the driver turned into the business’ parking lot and stopped.

As the driver exited, officers identified him as 28-year-old B.J. Brown of Reserve, who had active warrants, including a fugitive warrant from the St. James Parish Sheriff’s Office.

“As officers attempted to detain Brown, he fled the scene on foot towards Cambridge Drive in LaPlace,” a St. John Sheriff’s Office release said.

Two vehicle passengers — Jermaine Woods, 26, of Reserve and Reshonda Lee, 36, of Harahan — were arrested and booked with possession of drug paraphernalia 1st offense and possession with intent to distribute marijuana.

Officers also reported recovering drug paraphernalia inside the vehicle, “indicative to the distribution of illegal narcotics.”

Brown was arrested two hours later at a home on Cambridge Drive.

Police said he was wanted for simple criminal damage to property – under $500, domestic abuse battery, contempt of court for traffic violations, failure to appear for child support, general speed law and flight from an officer by vehicle.

Brown had a fugitive warrant for simple battery and theft in St. James Parish.

He also was booked for possession with intent to distribute marijuana.

Since 2007, police said Brown has been arrested more than 10 times in St. John Parish.

“In 2015, when Brown was again being sought for multiple warrants, he resisted arrest, assaulted a police dog and had to be tased twice to be apprehended,” a release said.

LAPLACE — Louisiana State Police do not believe a LaPlace driver who struck and killed a pedestrian last month was... read more