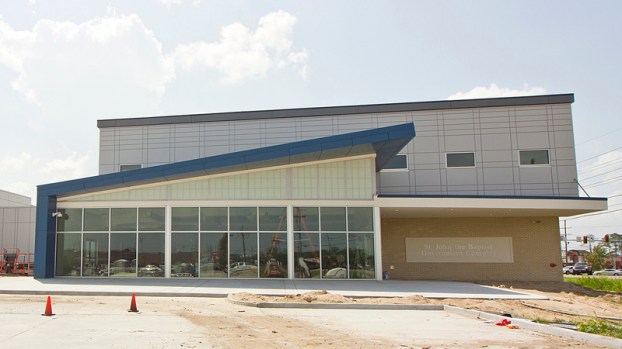 Discussions are being held about potential changes to make the new parish government complex more efficient.

LAPLACE — Only days away from an opening that was already delayed once, and with a punch list totaling more than 40 pages to be corrected, immediate and future complications appear to be swirling around the new St. John the Baptist Parish Government Complex.

Already, discussions are being held to potential changes to make the building more efficient, including developing a new design that would not force early voters to vote in the building’s lobby, as it is currently planned.

The 44,000-square foot building, which is coming in at a cost of $10.1 million, nearly $700,000 over the original bid of $9.444 million, is scheduled to have its punch list complete by Nov. 4. Originally, the building was slated to open in August but has been delayed to a number of issues, including design changes and the moving in of furniture.

Councilman Thomas Malik was stunned when he learned the punch list totaled more than 40 pages, saying during a recent Parish Council meeting, “this is not a punch list. It is a project.”

The list included such items as missing ceiling tiles and urinals that were not working properly.

The Council conference room location outside of Council chambers, pictured, is a concern for some elected officials.

Parish President Natalie Robottom said the list was “meticulous” and applauded the contractor for being so thorough in their inspections. She was also quick to add all of the work, which totaled $62,250, would be completed by the contractor at no additional expense to the parish.

“We have accepted (buildings) to make repairs ourselves in the past,” Robottom said. “I wanted to make sure this did not happen. Inspectors went into every room to make sure we were not going to accept (items) that need to be done.”

She added, “There are not a lot of significant things to do. It’s just a matter of setting aside time to get it done.”

Of more concern, especially since resolving lingering issues might mean the parish digging deeper into its coffers, is the design of some of the offices. Council members emphasized some of these same questions were raised during the original planning.

Perhaps most alarming is the Registrar of Voters office, where an awkward design restricts flow in and out. Additionally, because of the design of the office, voting machines for early voting would have to be placed in the building’s lobby, raising the question of voter privacy.

“We need to protect the integrity of something that is vital to our democracy,” Councilwoman Jaclyn Hotard stressed. “We can’t put the machines on the counters (in the office) with the glass in back of the machines. We need to remedy that issue.”

Also in question is the new Council chamber, where some members say the podium is misplaced. Even more critical, however, is the placement of a private conference room to be used when Council members meet in executive session.

Hotard believed the conference room was going to be placed behind Council chambers but was actually built down the hall. Hotard said she and others visited the Council chamber in St. Bernard and left with the understanding the St. John chamber would be similar.

Assessor Lucien Gauff III also relayed some of his concerns regarding his new office to Council members.

Despite those issues, project director Michael Tabb said the building has been completed based on the original design. Even Robottom stated the contractor “can’t be held to changes now.”

“It’s not like these people did something wrong,” she said as she made her case to Council members to execute a Certificate of Substantial Completion allowing Lamar to be paid. “They built what was requested. We spent years getting input from everybody.”

She acknowledged there are issues that need to be addressed, including the Registrar of Voters office.

“It’s not like we are ignoring the situation,” she said.

“I don’t think it’s fair to hold these guys up,” Councilman Larry Snyder said in support of Robottom. “We can fix these things later. We all looked at these (original) plans and made suggestions.

“This is what we have. We can wait on (making improvements).”

Councilman Michael Wright agreed that Lamar was not at fault but was adamant about not executing the certificate until the building was 100 percent complete.

He made a motion to table the issue, which was approved 6-2. Snyder and Kurt Becnel voted against the motion.