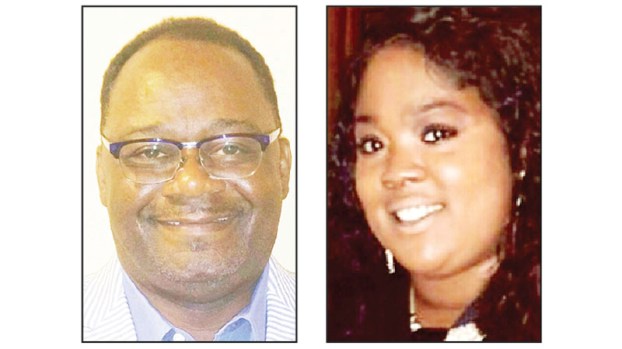 LAPLACE — Open communication between school leaders and parents is at the forefront of the St. John the Baptist Parish School Board race between incumbent Patrick H. Sanders and challenger Pearl Foreman.

The two will face off in the Nov. 6 election to represent District 4, which encompasses portions of Milesville, East 13th Street to East 31st Street, Homewood Place and the area south of Cole’s Landing in Reserve.

“Whether I’m re-elected or not, I’m working with the District to implement a parental involvement program to equip parents with the tools and knowledge to become advocates for their children,” Sanders said. “This year, we’re using a Tier One curriculum, which is the top level of delivery from a state standpoint. There’s a new way of multiplication. It’s based on new methods of delivery and presentation.”

Sanders plans to start with a symposium in the spring, possibly at East St. John High School.

The symposiums would be held twice a year, beginning with a focus on standardized testing preparation. Following an introduction, parents would move between stations and learn skills to assist their students in core subjects.

Another objective in Sanders’ platform is to ensure school environments are warm and welcoming for children and parents.

According to challenger Foreman, parental involvement is only possible when school leaders effectively communicate with the public.

Foreman sees room for improvement in social media and word-of-mouth outreach, which can be used to inform the public of upcoming School Board meetings and agendas.

At meetings, Foreman has observed half empty rooms instead of packed houses, and she believes part of the problem lies in how the information presented relates to the public.

While contractors and policy command attention, Foreman said meetings should also inform parents of happenings in each of the local schools, share positive news and see participation from teachers.

“We need the meetings to be a packed house because informed parents are the best parents,” Foreman said.

“Being a leader is more than sitting in a position and voting on policy. We need to be more informative. It’s important to be able to relate to and reach out to everyone in the community. When I say I’m willing and ready to get into the mud, I mean it. I plan on being visible and having the entire School District know my name.”

Foreman said a community voice is especially important in light of inequity in the school system.

Fifth Ward Elementary, in particular, is limited by stereotypes and low expectations, according to Foreman.

Fifth Ward was the only school with a ‘D’ rating in the 2016-17 School Performance Score, released in November 2017.

Foreman said raising grades at Fifth Ward would substantially raise the performance of the School District as a whole.

“It seems they pick and choose which schools to put more into,” Foreman said.

“With Fifth Ward, they labeled the district as a poverty district. It really bothers me because it makes people think that’s why the school is not functioning the way it should be functioning. Maybe it’s not because it’s in a poverty area, but we’re not paying close enough attention to that school.”

Elementary achievement is also a focus for Sanders, who said he has seen vast improvement in literacy among students in kindergarten through third grades during his St. John Parish School Board tenure.

Sanders said the latest and most effective method is the Fast Bridge Program, used in local elementary schools.

“By third grade, a child’s reading level can practically determine whether they will continue through high school or become a dropout,” Sanders said.

Also important to early education is the “Respect, Morals and Values” campaign Sanders has promoted to elementary students. Sanders’ next goal is to strengthen community partnerships through alliances with government agencies, universities, community colleges and local industries.

According to Sanders, a new state act brings behavioral health representatives into local schools to observe and offer support to at-risk children.

Sanders would like to see more opportunities for students to get involved in St. John Sheriff’s Office and Parks and Recreation programs.

Job fairs and college tours in higher education facilities would inspire children with long-range goals before high school, he said. In the same vein, interaction with industries would introduce children to a variety of career paths.

“It’s not limited to petrochemical plants,” Sanders said. “We could have accountants and human resources representatives come in and talk about what’s out there. Exposure is key to just about anything.”

According to Sanders, current School Board members are working on a strategic plan for growth, which should come into focus within the next six to 12 months.

In some cases, students may not be able to complete assignments without access to technology and programs used in class, Foreman said.

As owner of DEP 4Ever Help U cash checking service in LaPlace, Foreman said she has the auditing experience needed to hold the School Board Budget accountable to the community.

Sanders said his experience in School Board operations is invaluable.

“I have knowledge of the Board, educational laws and the School System itself,” Sanders said. “I will continue to work hard to make sure we’re financially and fiscally responsible to provide necessary resources to students.”

RESERVE — Riverside Academy senior Bryce Duhon knew from a young age that he wanted to be part of the... read more