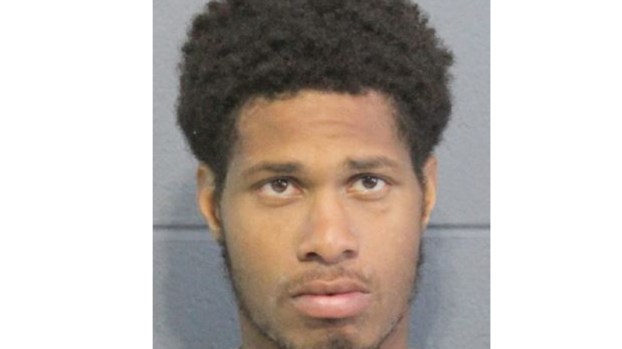 LAPLACE — The charges are mounting for a LaPlace man linked to gunplay and a string of local vehicle burglaries, but police say the threat to the community is still in place.

During the course of the investigation, detectives learned four males were walking in the area during the early morning hours of Oct. 20, pulling on vehicle door handles and entering unlocked vehicles.

Police said nothing specific was targeted, as the criminals were just grabbing whatever was available.

A Sheriff’s Office release said Patterson, a convicted felon, was quickly identified as one of the suspects, leading to his Oct. 20 arrest.

At the time of booking, only one complainant filed a vehicle burglary report.

Since that time, the Sheriff’s Office received more complaints of vehicle burglaries in Reserve, where “detectives determined that Patterson was also involved in.”

Police said at least one of the four suspects was armed during the burglaries, but it is not believed Patterson was the gunman.

With little to share publicly about the identities of the other three suspects, police can only say they are black males who were wearing dark-hooded sweatshirts.

The Sheriff’s Office recently circulated home surveillance video of a group of criminals breaking into a vehicle in Riverland Heights that included a man in a Tulane sweatshirt pointing a gun at a local home.

Police said they do not think the Patterson investigation and Riverland Heights cases are related.

According to the Sheriff’s Office, the investigation is ongoing since more suspects are involved.

Tips can be submitted at stjohnsheriff.org/submitatip.php.