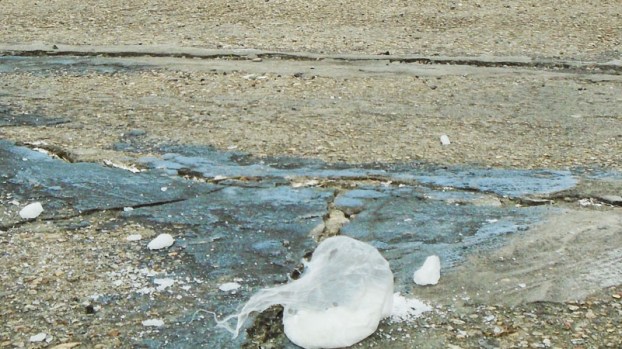 The St. John the Baptist Parish Sheriff's Office released this photo they say shows a large amount of methamphetamine discarded on a local street during a police chase Wednesday afternoon.

LAPLACE — Injury was avoided after a local man led authorities on a wild chase that included the dumping of drugs onto city streets and an unsecured 3-year-old in the backseat, police said.

According to authorities, the St. John Parish Sheriff’s Office Special Operations Division was conducting patrols in LaPlace Wednesday afternoon when officers saw Bryant Daigre Jr., who had an active warrant, at a local business.

Officers attempted to stop Daigre’s vehicle prior to its parking lot exit, but police said Daigre drove past patrol police units, nearly causing a wreck, before fleeing south on Hemlock Street and refusing to stop.

As Daigre, 30, attempted to flee at a high rate of speed, officers noticed items being tossed out of the passenger side window of the vehicle before the Garyville resident eventually came to a stop at the intersection of Fir Street and Landeche Lane in LaPlace.

As Daigre was being taken into custody, officers said a 3-year-old boy was standing on the backseat. Officers made contact with the child, identified as Daigre’s son. Emergency medical services provided aid, then he was turned over to his mother.

Deputies also located items thrown out of the vehicle, recovering a large amount of methamphetamine and marijuana, as well as a firearm.

Daigre is being held in custody in lieu of a $140,169.50 bond. Police said he was arrested for aggravated flight from an officer on June 25 and was out on bond prior to this week’s arrest.