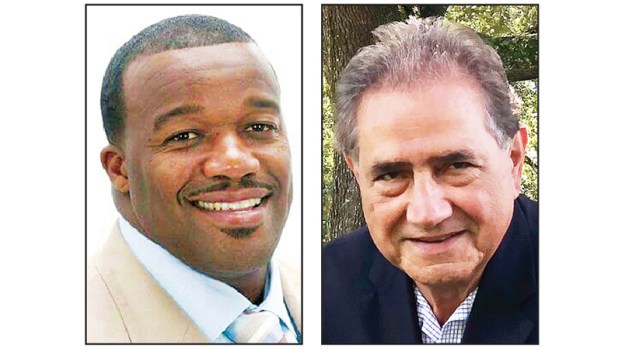 To Burl, that signals a need to highlight all the good that goes unnoticed in local schools, including West St. John’s 99 percent graduation rate, the district-wide 80.7 percent graduation rate that beats the state average, STEM career pathways and the numerous children recognized each year for scoring a 30 or above on the ACT.

Burl, the current School Board President, has served on the Board since 2007. Come Nov. 6, he will defend his seat against challenger Carl Monica to represent families residing in Garyville, Mt. Airy and Dutch Bayou and Belle Point subdivisions in Reserve.

“We need to get more positive messages out there because that’s not what is being told currently,” Burl said.

“Good news doesn’t travel as fast as bad news. You’ll hear about fights and isolated incidents, but not about how we have some of the best teachers in the state. We were the only ones to have a finalist or semifinalist in the Louisiana Teacher of the Year each year from 2013 to 2018.”

Monica’s primary motivation for running for School Board is to investigate roadblocks preventing students from achieving mastery or advanced on the LEAP test, which impacts the School District’s performance score.

“It’s easy to see when you ask anybody about the No. 1 problem in the parish, they tell you it’s the schools,” Monica said.

“You can look at our most recent LEAP test scores, where we had about 27 percent pass it with a mastery. St. Charles, right next door, had almost twice as many students score at least mastery. That’s just not acceptable.”

Monica plans to visit each school in the district and talk with teachers and principals to identify setbacks.

“I need to get on the Board first to do my homework and investigate why we are not doing better,” Monica said. “Our school system should have better grades overall and be somewhere parents want to send their kids. I don’t think we have that currently.”

Performance scores are not the most accurate indicator of school growth because the requirements for a ‘B’ rating have shifted, Burl said, adding local schools remain on the cusp between a ‘B’ and ‘C’.

“Every time we get to the 10-yard line, they move the goal line another 20 yards,” Burl said. “When people talk about growth, they don’t realize the grading scale has changed.”

Burl said St. John schools demonstrated improvement despite the requirement changes, showing more growth on the English and math portions of the LEAP than St. Charles and St. James parishes.

“Based on anticipated growth scores, 48 percent of students met their target in St. John, compared to 46 percent in St. Charles,” Burl said.

According to Burl, St. John has greater hurdles to climb than neighboring parishes due to lower revenues, influenced by parish property taxes and presence of industrial plants.

Regardless of income levels, Burl said 73 percent of the budget is dedicated to curriculum as per state guidelines.

“We have parents who don’t want to send their kids unless it’s to John L. Ory,” Burl said. “We need to get to a point where every school in the parish is performing at the same level. We need parents to believe their kids can go to a local district school.”

Burl wants the community to be aware of East St. John’s numerous college credit and certification opportunities, which could lead 19-year-old recent graduates to a 100K job through industry partnerships.

Monica said politics within the School Board prevent local schools from reaching full potential but declined to comment further on the subject.

Aside from test scores and academic grades, which are his primary focus areas, Monica wants to see a more rigorous curriculum, especially involving STEM subjects.

“I’ve long had the idea to have a magnet school based on science and math,” Monica said, adding the United States has fallen behind other countries in STEM education.

Monica began his career in the St. John School System, and he said he has a strong record of accomplishing what he sets his mind to.

“You would have a hard time finding somebody with as much vision as I have,” Monica said.

“I know for sure I have more drive than anyone I’m aware of running, so I’m going to put that to work and see what we can do.”

During his time on the construction committee for the Garyville/Mt. Airy Magnet School, Monica said he worked the budget to save the Parish a lot of money. He’s also aided education by restoring several historic structures.

There is no early voting Sunday.

J.J. Robertson’s mom says son has nothing to do with DEA raid of “It Takes Lives To Save Lives”

LAPLACE — The mother of Jarrius “J.J.” Robertson is adamant her son has nothing to do with the recent raid... read more