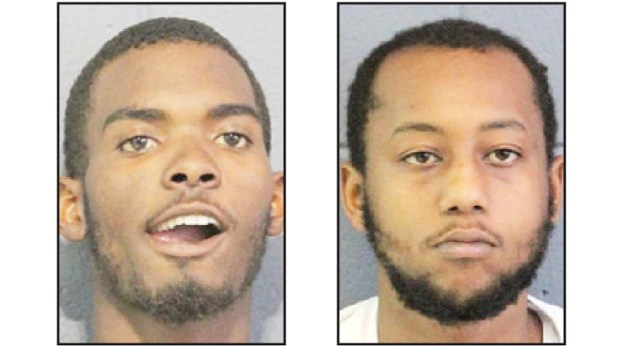 LAPLACE — A local driver who blew through a stop sign last week may end up costing his passengers serious jail time, as police said a subsequent stop led to charges for principal to murder and illegal weapons possession.

Police said the St. John Parish Sheriff’s Office Special Operations Division was conducting patrols in the Sugar Ridge area of LaPlace at approximately 11:40 a.m. Thursday when they initiated a traffic stop on a vehicle that failed to stop at the intersection of South Sugar Ridge and North Sugar Ridge.

According to police, the driver refused to pullover immediately and eventually stopped at a residence on North Sugar Ridge. The front passenger, later identified as Lyndell Cardez Davis, exited the vehicle and walked away.

Detectives said they ordered Davis, who refused, to get back in the vehicle. Davis continued to walk toward a residence, leading detectives to detain him. Police said Davis began an altercation with deputies while being escorted to a police unit.

Due to Davis’ actions, police said the driver and another passenger in the rear seat, who identified himself as Art Walker, were ordered to exit and were detained.

At this time, officers said one of the vehicle’s occupants indicated a firearm was inside. After observing suspicious items, a police K9 arrived and alerted officers to the presence of narcotics.

A search resulted in evidence of marijuana and the recovery of two additional firearms, one of which was stolen from St. James Parish, police said.

Officers said the man who identified himself as Walker was really Kornell Joseph, and a computer check revealed Joseph had two fugitive warrants issued by the St. James Sheriff Office for principal to second degree murder, inciting a felony, possession of marijuana and possession of drug paraphernalia.

Joseph, 21, of Lutcher, was booked locally for resisting an officer by refusing identity and illegal carrying of weapons.

Davis, 22, of LaPlace, is charged with illegal possession of a stolen fire arm, illegal carrying of weapons, battery of a police officer and simple criminal damage to property – under $1,000. He is being held in custody in lieu of a $38,500 bond.