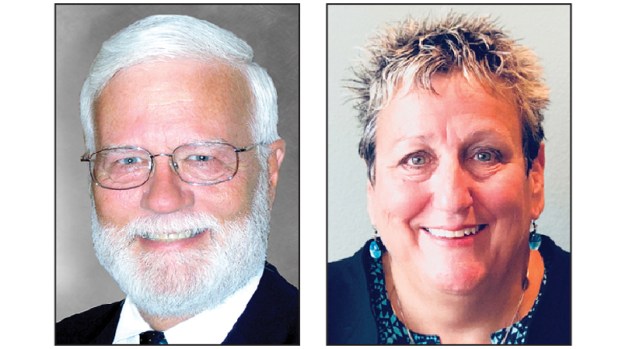 Wise, Schum each lean on experience to pitch School Board voters

LAPLACE — “People here are going to have a tough decision to make,” St. John the Baptist Parish School Board incumbent Russ Wise said, referencing an upcoming Nov. 6 election between him and challenger Debra Schum.

The victor will earn the District 8 School Board seat, representing residents North of Fairway Drive and East of Belle Terre Boulevard in LaPlace.

Wise, a 20-plus-year veteran of the School Board, said he has positively influenced local education by kicking an abysmal budget into shape and supporting numerous school initiatives, including implementation of a district-wide music program.

Schum is the executive director of the Louisiana Association of Principals and a retiree from the St. John Parish School System following service as a teacher, East St. John High School principal and curriculum supervisor.

She has also worked as a deputy superintendent at the Louisiana State Department of Education.

“Ms. Schum is highly educated,” Wise said. “However, there is a lot more to being a School Board member. You need money management skills. You have to think outside the box, and I think I have proven I do a good job of that.”

Schum said she has the drive to actively engage the community and the financial experience to see plans through.

“I do feel I have those skills,” Schum said. “When I was the chief academic officer of a recovery school district, I oversaw a $40 million budget, which included staff and personnel. At the state department, I oversaw a $50 million staffing and resource budget.”

According to Wise, the School Board’s biggest concern is years of rising costs juxtaposed with stagnant funding.

What began as a failing budget plan 20 years ago improved to the point of collecting a multimillion-dollar surplus in the past 10 years, Wise said.

That extra money is expected to run out this year.

Luckily, Wise said the School Board and St. John Finance Director Felix Boughton are developing a 2019 plan based on borrowed funds, which could be immediately paid back in 2020 using extra tax revenue from Marathon.

“The School Board can’t do much about this except tighten our belts and control costs the best we can,” Wise said. “We have been successfully doing that in dwindling revenues for several years.”

One way expenditures were cut was through cutting employee Christmas bonuses.

Streamlining bus routes was another money saver, according to Wise, who said it costs $5 per mile for every school bus on the road.

In the next few years, Wise expects the STEM program to develop into a full-blown school on the East Bank. He believes any new construction should be near the center of population in LaPlace to control transportation costs.

Schum’s top three priorities are to attract and maintain certified teachers and support staff, provide safe and secure school environments and ensure children are college and career ready from an early age.

She said all initiatives would ideally be addressed with a two-year plan and community and employee input.

According to Schum, St. John the Baptist Parish ranked 21st among Louisiana parishes in teacher pay in 2016.

“We need to increase our salaries to make them competitive with surrounding parishes,” Schum said. “That makes a big impact in recruiting and maintaining the teachers that we have. People are going to look for jobs in their surrounding area and take higher pay, especially if it’s only a 20-minute drive away.”

School safety goes beyond single point entryways currently being implemented in the St. John School District, according to Schum.

“We need to work with communities, businesses and the School Board to fund a resource officer for every school in this district,” Schum said.

“That role is critical to helping people feel safe in school. I say a resource officer as opposed to a special detail because a resource officer is trained to build a relationship with kids in the building. They’re not only there when things go wrong.”

Schum also believes there needs to be clarification over the role of counselors in school, making sure they devote a significant portion of the day to talking to students among class scheduling and other responsibilities.

Counselors should be a student’s first line of help, Schum said, adding social workers and psychiatrists should be on hand in schools as needed for additional support.

Wise has a similar agenda to hire more qualified mental health professionals, believing there should be a distinction between counselors who help children talk through emotional burdens and those who facilitate students’ college applications.

Adding art to the curriculum supports math and science performance with a combination of left-brain and right-brain thinking, according to Schum. In the past, she’s incorporated M.C. Escher’s geometric art style into math lessons.

Wise also champions the importance of fine arts in schools.

Of his School Board accomplishments, Wise is most proud of bringing music programs and teachers to every St. John Parish School. Orchestral band is now included district-wide, while some schools have access to pianos and string instruments.

“I learned a number of years ago that when a child studies music, it helps them in every academic subject,” Wise said. “That will have a major impact on our schools in the next several years.”

Wise said financial stability has allowed him to invest his School Board earnings back into the District.

When traveling to conventions, Wise travels on his own dollar, separate from the School Board budget.

He’s funded challenge grants to expand school libraries with books selected by children, and he’s offered up his own salary in times of budget shortfall.