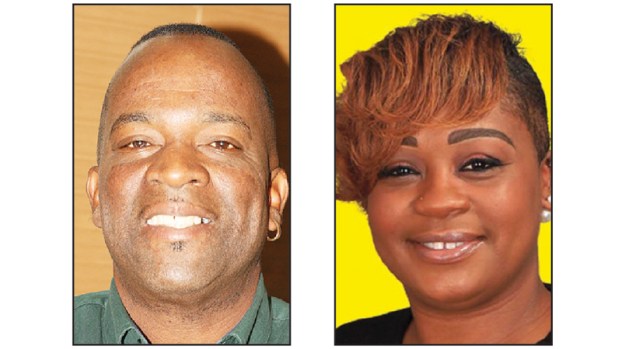 (Editor’s Note: This story was updated to identify the years the challenger lived on Moss Drive in LaPlace.)

LAPLACE —District achievement is the endgame for St. John the Baptist Parish School Board District 6 contenders Keith Jones and Raven Warren, though the two differ in opinion on the greatest barrier to student success.

Incumbent Jones, a 16-year veteran of the St. John School Board, believes parental involvement is key to attaining a consistent “B” rating.

“I’ve owned a local business selling real estate here for 20 years, and that allows me to have constant interaction with the parents and grandparents of our students,” Jones said.

“I often encourage them to go to the schools. Some kids are car riders, and I suggest parents go inside instead of just dropping their kids off. Set up meetings with the teachers and the principals. Volunteer your time and become more involved.”

Jones said local schools have seen growth in achievement scores and stability in leadership during his tenure with the School Board, which included a stint as School Board president.

Free school lunches instituted this year were a great need and a large win for local schools, he said, and Jones has seen improvement in workshop opportunities for teacher certification. He sees opportunity for teacher pay raises to attract more qualified candidates.

“I’d say, now, overall student achievement, graduation rates and parental involvement are the areas that need more growth,” Jones said. “Maintaining a B or higher grade level district-wide will show our kids are learning and ready to move onto the next level.”

Warren, the District 6 challenger, hasn’t seen the same level of growth reflected in local schools. She believes a budget overhaul with more attention to resources, particularly regarding textbooks, is vital to academic success.

When her young children come home from school with homework questions, Warren said it’s difficult to help them without access to books or electronic resources setting examples of what they have learned in class.

She sees homework struggles as a block to parental involvement, considering most parents completed their schooling under a different set of educational standards.

“There is no textbook to fall back on to know what’s being taught in the classroom,” Warren said.

“Other schools in different parishes are up to date with technology. They might not have books, but they have tablets that can help them. A lot of kids are being pulled out of our school system because parents feel other parishes are more advanced and have the equipment that they need.”

Warren said her priority will be to find an alternative to replace books, which may also include reallocating the School Board budget.

“I feel like the budget isn’t being used for students because I’m not seeing change,” Warren said.

“I look forward to keeping our schools on track. I have three kids in our system, and I want the best for them.”

Warren has heard concerns from the community that Jones was reimbursed a considerable amount more than fellow School Board members for travel expenses over the past year.

She believes it’s fundamentally wrong to use the School Board budget on endeavors that do not directly impact students or school facilities.

Jones said his higher travel expenses point to attentiveness in training opportunities, adding he has the highest number of professional development hours among current School Board members.

“The School Board can confirm there were no policies broken,” Jones said. “Board members are encouraged by the Louisiana School Board Association to have a certain number of professional development hours. Those hours are documented, and it’s all in line.”

Jones cited ethics training as an example of professional development.

“I have more experience, more education, and my 16 years on this School Board make me an overall more qualified candidate,” Jones said. “I have a bachelor’s degree in business management, and I taught in the school system five years prior to joining the School Board.”

Jones is concerned the race is not a clean one and maintains Warren falsified documents listing her address as 36 Moss Drive in LaPlace. He was first alerted to the issue upon noticing Warren listed a Garyville P.O. Box during election qualifying.

According to Jones, further investigation and a notarized letter suggest Andrew and Amanda Canatella have owned the LaPlace home since October 2017.

St. John the Baptist Parish Judge J. Sterling Snowdy heard the case and disqualified Warren from the election. That decision was brought to the Fifth Circuit Court of Appeal and overturned by a three-judge panel, allowing Warren to return to the ballot.

“No one knows how that happened,” Jones said.

Warren said she received news of the disqualification and requalification over the phone  in August, adding a decision was not made right away in court. She maintains she moved into the residence in 2014/2015 and remained there until her family was displaced in 2017.

“That is where I registered to vote,” Warren said. “I lived there, renting to own the home. When I was brought into court, I brought in my marriage certificate with that address. Even after being displaced, with any major election, I voted in that area, and I still do with no problem.”

A complicated divorce left her family with one income and prevented them from returning to the home, though Warren said she was working on building credit in hopes of getting it back. She currently works as a seasonal certified tax preparer and a pharmacy technician in training.

“I did not know anyone had moved into the house until I was served to come to court,” Warren said.

“I am still hoping to get back to that area.”

Two wins in the local Miss Heart of the USA pageant system taught Kirsten Smith of LaPlace that something as... read more