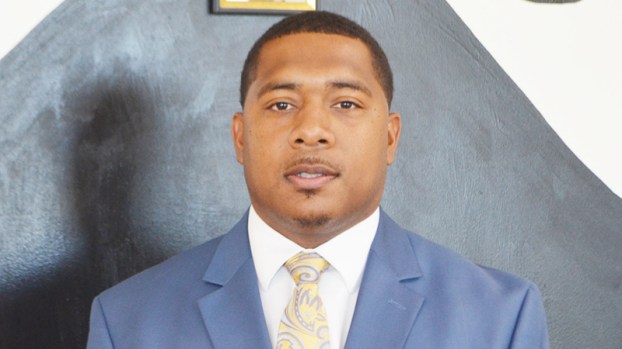 Wildcats coach Brandon Brown is looking for "The E" to find consistency in offense.

Wildcats looking for consistency on offense

RESERVE — The Wildcats have been led this season by their defense.

Throughout an inconsistent win/loss start to the season, East St. John has been pretty stingy giving up points, allowing more than 16 points only once this season.

“I’ve been pleased with all of our guys defensively,” first year coach Brandon Brown said recently. “They play with a lot of pride and a lot of effort, starting with our guys up front. We have Welland Williams, and linebacker C.J. Gardner has been doing extremely well. We just need to stay positive with them and keep working.”

Staying might be tough for a new coaching staff, which has to make sure their players are still focusing on last week’s tough 7-6 loss to H.L. Bourgeois, which took place on one of the sloppiest fields Houma had to offer.

“The field conditions were nasty, but to be honest, H.L. Bourgeois had to play on the same field,” Brown said. “That goes back to who prepared better, who schemed better. We knew going into it that the field would be that way. I can’t make any excuses. H.L. made the plays they needed to make.”

The Braves were in the game thanks to a lack of Wildcats offense, something East St. John High fans have seen throughout 2018.

Coaches are still working to unlock the best ways to utilize multiple quarterbacks and a preference for either the run or the pass.

The Wildcats have alternated wins and loses since Week 1, but face a tough task coming off a defeat last week and staring straight ahead to a home game this week against Destrehan.

The battle of Wildcats could go a long way to determining each teams’ fates.

East St. John has been rotating quarterbacks Duke Crosby and Sean Shelby. Crosby, a senior, has more experience and a knack for creating plays with his legs.

Shelby, who is also capable of picking up yardages with his legs, has been completing more than 50 percent of his passes with three touchdown throws this season.

Pershing Toney leads the team in rushing, and is aided by Gardner and Reginald Foster Jr.

Crosby has also made himself a threat as a receiver, where Dontae Fleming is also capable of big plays.

Comets offense ready to launch in season’s 2nd half

LAPLACE — The Comets have only scored one touchdown total in their last eight quarters. The result is a St.... read more