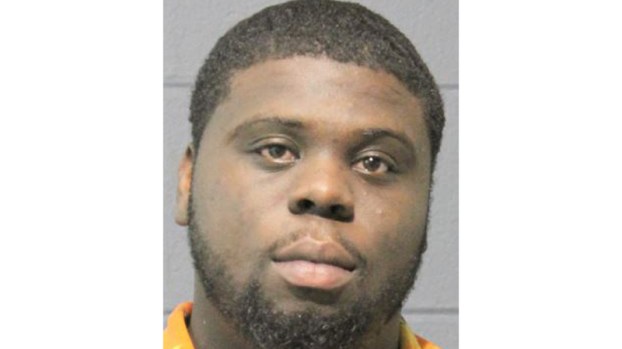 The 23-year-old is linked to the Feb. 15, 2017, fatal shooting of 29-year-old Andrew Jasmine in LaPlace, according to the St. John Sheriff’s Office.

“All defendants are now in custody in Louisiana, in St. John Parish,” Sheriff Mike Tregre said Tuesday morning. “The ball is now in the court of the District Attorney’s office. All of (the suspects) are charged with basically the same charges. We have all the people we believed were involved in the homicide.”

Barnes was first arrested Jan. 19 with the help of the U.S. Marshals Fugitive Task Force and Houston Police Department, who apprehended him at an apartment complex in Houston.

Those previously arrested include Ahkemon Jacob Bardell Jr. of Harvey, Branden Clegg of Houston and Malcom Muse of New Orleans.

Police said Jasmine was found dead after deputies and emergency services responded to a complaint in the 2000 block of East Frisco Drive.

In the week that followed Jasmine’s death, authorities suggested he might have been killed days earlier.

A visitor found the victim at approximately 8:30 a.m. and alerted authorities.

Officers and emergency services attempted to render medical aid, but he was unresponsive and pronounced dead at the scene by the coroner’s office.

Police said items from his home were missing, the location was ransacked and there were no forced entry indicators, suggesting the victim could have been killed by someone who knew him.

Tregre said the use of crime cameras and other technology helped lead to the arrests.

Queen Sugar title comes back to St. John thanks to Janet Nelson