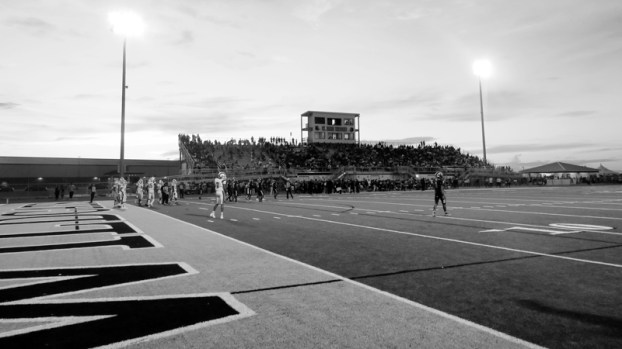 VACHERIE — Wildcats quarterback Shamar Smith is clearly one of the most dynamic players in the River Parishes.

The junior is talented and fast.

He started as a receiver for St. James High, before coaches moved him to quarterback full time. Before the season started he already boasted playoff quarterfinals experience, gained in 2017 as a sophomore.

He showed off his all-around impact last week, when he returned a kickoff 99 yards for his team’s only second half touchdown.

Pictured at right is Shamar Smith, No. 3, the St. James High Wildcats do-everything quarterback who keys their success.

Unfortunately, it wasn’t enough for St. James High, which dropped a 31-21 slugfest with St. Amant.

At 3-2, the Wildcats are in a position to make noise in the season’s second half and into the postseason.

Smith leads his team with 563 rushing yards and has thrown for more than 400 yards.

“I saw our kids play hard and compete,” Valdez said. “We’ve got to clean up mistakes going into the second half of the season.”

The defense must improve. After shutting out West St. John in Week 1, the Wildcats have allowed at least 26 points in each ensuing game.

DESTREHAN — John Emery doesn’t need that many touches to do damage. Opponents of Destrehan High know this all too... read more