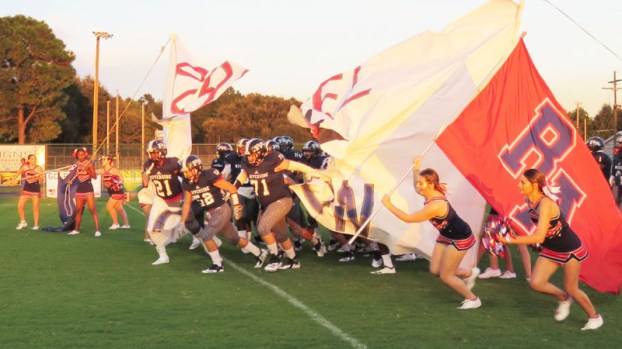 Rebels primed for second half surge in District

RESERVE — The major headline that came out of Friday’s Riverside/De La Salle football game was the performance of Cavaliers running back Montrell Johnson, who finished with a school record 343 yards and five touchdowns.

What the casual observer might have missed was the performance of Rebels (0-4) sophomore quarterback Gage Larvadain, who connected on 21 passes (36 attempts) for 299 yards and three touchdowns.

It was continued growth over the Rebels’ previous game against Rummel, when Larvadain and his teammates nearly shocked the Raiders in a hard-fought 37-34 defeat.

“The first thing is Gage has natural instincts as a football player and as an athlete,” Dizer said. “Those are the things he does that we cannot teach. He is kind of like a Johnny Manziel or Baker Mayfield. In terms of learning the offense, he is starting to completely take control of it, and that is a good sign.”

Coaches are working with Larvadain to take his “layups,” by making the easier throws to playmakers like Kash Foley, Nick Washington and Jaylen Watkins, who each scored Friday night.

Larvadain has thrown for 692 yards this season, and is trending up at the perfect time. The Rebels’ district schedule starts Friday with a home game against South Plaquemines.

Despite a winless start in 2018, Dizer said he is proud how his players come back each week and keep fighting.

“I don’t really talk to them about how hard our schedule is or how difficult those teams are,” Dizer said. “We just have to be ready to go for whoever we have next. They are really doing a good job with that, and I am looking forward to going into district, because the guys we played against should really prepare us for district play.”

Defensively, the Rebels are giving up 40 points a game, with a poor run defense hurting things the most.

However, a tough schedule has often pitted RA’s 190-pound defensive backs against offensive lines that boast players in the 280- to 320-pound range.

“We’ve got to find ways to be able to stop the run, and that’s our biggest problem right now,” Dizer said.

“There is no doubt in my mind we’ll be ready this week. The thing I can do to control it is kicking their butts through Thursday. We’ll challenge them and be ready to go on Friday.”

Team leaders include Louis Cheneau in rushing and Foley in receiving.

Wildcats looking for consistency on offense

RESERVE — The Wildcats have been led this season by their defense. Throughout an inconsistent win/loss start to the season,... read more