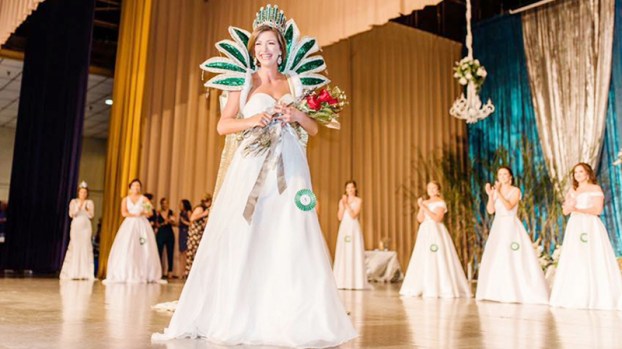 Queen Sugar title comes back to St. John thanks to Janet Nelson

A trip to the Bayou Teche Museum in New Iberia taught her about sugar’s influence on history, while visits to Louisiana Sugar Refinery in Gramercy and Domino Sugar in Chalmette gave her a personal look at how the industry is evolving.

Lessons on the risks of sucrose breakdown might sound foreign to some, but to Nelson, it was a connection to her LaPlace hometown, where sugarcane stalks drive economic development as they stretch toward the sky.

That knowledge pushed Nelson above her competitors for the prestigious title of Queen Sugar at the Louisiana Sugar Cane Festival, held last week in New Iberia.
“I believe it’s very important to have knowledge of what you’re representing,” Nelson said. “It’s not just a crown and a banner.”

Nelson, 21, is the eighth representative from St. John Parish to win the statewide title over the past 77 years, according to Sugar Queen director Sue Cancienne.

Each year, representatives from 17 sugar-providing parishes, including St. John, St. James and St. Charles, compete for the honor.

The most recent St. John Parish win was in 2007, when Paige Breaud Falgoust took the title.

According to Cancienne, Nelson is a sweetheart, every bit as intelligent as she is kind.

“Queen Sugar is a huge honor,” Cancienne said. “It’s a competition and it’s a pageant, but it’s not just a beauty contest. Janet is smart. In order to win, you’ve got to be able to promote the sugar industry. She did her homework by learning from the farmers and the big wigs.”

Cancienne was raised in a family that made a living from the sugar industry. She remembers the Godchaux Sugar Refinery as the center of Reserve.

“As a sugar-providing parish, it means so much to our local economy and local people to keep the sugar industry alive,” Cancienne said.

Nelson, the reigning St. John Sugar Queen and the 2016 Miss Andouille, is eager to take on the increased responsibility of a state title.

It’s been a whirlwind week that started last Thursday evening, when she finished class at Nicholls State University and arrived in New Iberia in the early hours of Friday morning.

The pageant weekend was packed with rehearsals, a celebration, a brunch and a parade with visiting queens.

The most memorable part of the weekend, according to Nelson, was handing out candy to local children. Friday’s pre-pageant interview, on the other hand, was the most intimidating experience, but Nelson believes it’s what helped her win.

“Before the interview, I was able to speak with former King Sucrose Greg Nolan, and he gave me so much knowledge,” Nelson said. “I believe that is the main thing that helped me get through the interview.”

Nelson is the daughter of Stephen and Staci Nelson of LaPlace.

She thanks directors Cancienne and Baba Oncale, coach Tammy Mars Prine, the Sugar Committee, the St. John Parish community and her family and friends for helping her achieve this milestone.

LAPLACE — Described by the sheriff as one of St. John the Baptist Parish’s top 10 criminals, a LaPlace man... read more