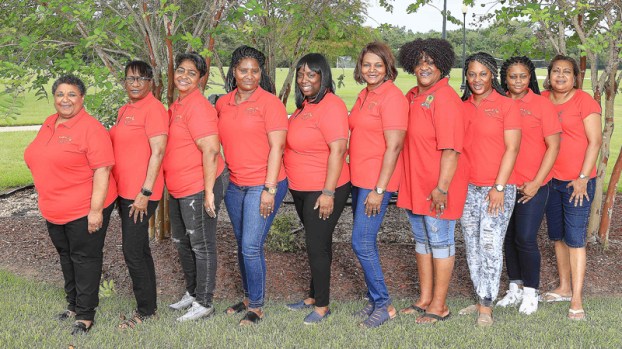 LAPLACE — Parade-goers will enjoy another 20-plus floats come Mardi Gras season, when Krewe of Dage’ makes its inaugural roll down the streets of LaPlace.

What started as a group of ladies interested in adding a second parade to LaPlace rapidly evolved into a spirited effort, according to vice president Brannetter James.

When meetings were first held in July, James thought Krewe of Dage’ would need to make its debut in 2020 to allow for adequate planning.

“I clearly didn’t know what kind of women I was dealing with,” James said, with a laugh. “They came to the next meeting already having bids for the float company and rules and regulations for a board of directors.”

A majority of the 15 committee members have participated in the local Krewe of Agape carnival ball, which was started 30 years ago by Leo Carter. According to James, Carter dreamed of adding another parade to LaPlace, and that dream is finally coming true with Krewe of Dage’.

James said those who want to participate should act fast; five months out, there are already 20 floats slated to appear, and directors plan to include approximately 25 for the first year.

Volunteers are needed for the parade, themed “Around the World,” and James said marching bands and dance groups are welcome.

According to president Jean Stewart, Krewe of Dage’ committee members will promote education in St. John the Baptist Parish through involvement with local schools.

A deserving high school senior will receive a scholarship, and the nonprofit plans to offer a spot on the captain’s float to an underprivileged child who could not otherwise afford the registration fee.

“It was important to us to make a nonprofit with a mission to keep the money going to well-deserved children in the Parish,” Stewart said.

According to James, Dage’ is a word of Nigerian descent meaning, “to take a firm stand.”

“We’re taking a stand for education because we believe it takes a village.”

While Krewe of Dage’s charitable mission sets it apart among parades, Stewart said passion is what will drive its growth.

“There’s so much energy at our meetings,” Stewart said.

“We’re so excited that we have already gotten this far in just a few months. Since we’re so new, I can’t tell you where we’re going, but I know we will go forward full force. We’re just rolling.”

Stewart said registration costs vary depending on the number of participants riding in a float, which can be up to 40.

For more information or to sign up for the parade, email kreweofdage@yahoo.com or visit Krewe of Dage’ on Facebook.