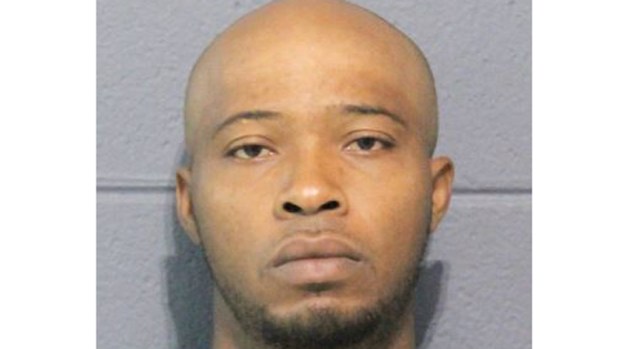 LAPLACE — Described by the sheriff as one of St. John the Baptist Parish’s top 10 criminals, a LaPlace man is behind bars after police said he robbed a 69-year-old woman in broad daylight near a Reserve church.

Gabriel King, 30, was arrested Thursday for simple robbery and is in custody under a probation/parole hold.

St. John Sheriff Mike Tregre said the female victim was at the Capital One Bank ATM Thursday at approximately 2 p.m., when she made a withdrawal and began to go back to her vehicle, which was parked near the bank and St. Peter Church.

“Another vehicle pulled up next to her vehicle, and a subject exited that vehicle, grabbed her from behind and took her money that she just withdrew out of the ATM,” Tregre said. “Once he took her money, he got back into that vehicle and fled on River Road, heading toward LaPlace.”

Alerted to the crime with the description of the vehicle, investigators tracked the fleeing vehicle’s direction through the Sheriff’s Office crime camera system.

“Within seven minutes of getting the call, officers found that vehicle in LaPlace,” Tregre said. “Right before we pulled it over, one of the passengers fled on foot. An investigation determined Gabriel King was the person who fled from that vehicle and was also identified as the person who was responsible for taking the money from the victim at the ATM.”

“He has an extensive criminal history,” according to Tregre. “He is one of our top criminals in the parish. I would call him one of our top ten. He is a repeat offender.

“This was a strong arm robbery. He just snatched her and used force to take the money. (The victim) was real shook-up.”

According to the Sheriff’s Office, King has been arrested more than 30 times on charges of burglary, criminal damage to property, aggravated assault and illegal possession of stolen things, as well as drug violations in St. John Parish. King could face further charges as the investigation continues, police said.