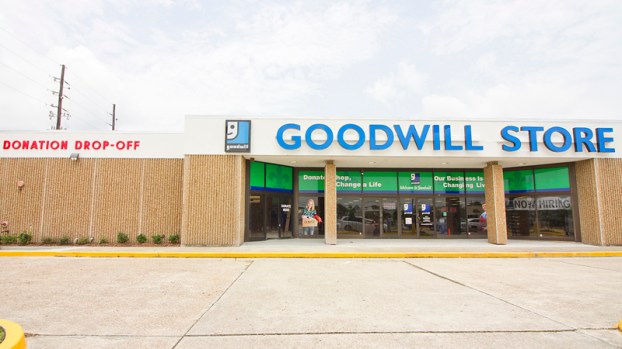 The Goodwill Store in LaPlace opened in August at 101 Carrollwood Drive.

LAPLACE — Brittney Jackson was among those alarmed by unexpected charges from the LaPlace Goodwill to her bank account this week.

Others reported closing their credit cards after noticing the transactions, concerned their information had been stolen during visits to the LaPlace store last month.

Jackson conferred with Capital One and discovered the charges, originally feared to be fraudulent, were the result of delayed processing.

Erroneous installation of cash registers during the LaPlace location’s early August grand opening was to blame, according to Sabrina Written, marketing and public relations director for Goodwill Industries of Southeast Louisiana.

Customers who shopped at the store using a credit card between Aug. 2 and the first week of September may notice charges just hitting their bank accounts, Written said, adding the point-of-sale system issues have been resolved and are unlikely to occur again.

Jackson said a Capitol One representative told her the original transaction fell through and had to be reposted at a later date.

“We went through all of my transactions and couldn’t find the original one,” Jackson said. “I will continue to shop there in the future, just using cash instead of my credit card.”

Goodwill Industries of South-eastern Louisiana released a statement this week on behalf of President William Jessee to reassure customers no information had been stolen.

“All transactions were valid purchases made by customers at the Goodwill LaPlace store since its August opening,” the release said. “It is important to note that there has not been a compromise of customer credit card data.”

According to Written, customer inquiries are being directed to Daphne Haley at Goodwill Industries of Southeastern Louisiana’s headquarters. Haley can be reached at 504-456-3924.

Goodwill Industries of Southeastern Louisiana has also informed customers of the error at the LaPlace location and through the organization’s website and social media, Written said.

“Customers are welcome to contact their banks as well, but all charges, albeit processed late, are valid transactions,” Written said. “We invite our credit card paying customers who shopped at the LaPlace store during that period, many of whom shopped more than once, to call us so we can verify transactions. Again, we value our customers and sincerely regret the delayed processing.”

Credit card transactions are processed daily, according to Written. However, she said the time it takes for a transaction to clear a customer’s account depends on the banking institution and typically takes between five and 10 business days.

The LaPlace Goodwill is located at 101 Carrollwood Drive. Business hours are 9 a.m. to 8 p.m. Monday through Saturday and 10 a.m. to 6 p.m. Sunday.

LAPLACE — A LaPlace man under investigation for the sexual assaults of as many as three victims was arrested this... read more