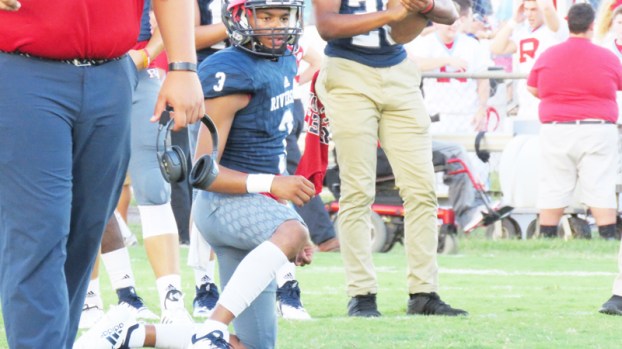 RESERVE — A young and improving Riverside Academy football team played its best game of the season Sept. 14 and then had to sit.

Following an open date, the wait finally ends this Friday when the Rebels (0-3) hit the road to face De La Salle.

RA’s players and coaches are surely going to welcome the action after taking Rummel to the final seconds in a heartbreaking home loss, 37-34, on Sept. 14.

First-year Riverside quarterback Gage Larvadain completed 12 passes for 137 yards in his last bit of game action, pacing a Rebels offense that struggled to find enough rushing success to balance the need to pass.

Larvadain, as well as offensive weapons Louis Cheneau and Kash Foley, will be needed this week against a De La Salle defense with something to prove of its own.

The Cavaliers (1-2) are also coming off a bye week that followed a Week 3 loss, although nowhere near as competitive, as Karr throttled De La Salle 34-7 on Sept. 14.

The Cavaliers gave up 289 yards of total offense with the majority of the damage (225 yards) coming through the air.

Conversely, De La Salle only produced 133 yards of total offense, with 114 netted via its run game.

When the two teams faced off in 2017, the Cavaliers, then ranked No. 1 in Class 3A, left Mickey Roussel Field in Reserve with a 42-21 victory over Riverside, at the time ranked No. 4 in Class 2A.

METAIRIE — The passing connection between quarterback Justin Dumas and wide receiver Taylor Miller was one of the few positive... read more