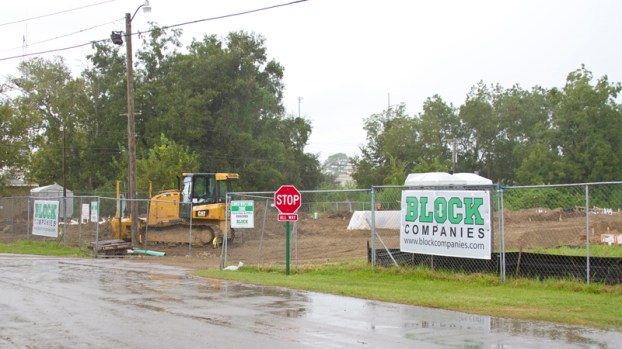 The Garyville construction site is expected to be complete by mid-2019.

GARYVILLE — During a 2015 public meeting regarding a potential Garyville Housing Redevelopment project, St. John the Baptist Parish Councilwoman Julia Remondet and area residents were not aware a Parish Council vote for approval would follow suit.

By mid-June 2019, 22 newly constructed low income housing units will exist on Historic East Street in Garyville, taking the place of an old 54-unit site constructed in the 1960s.

Remondet is conflicted in her opinion of the project, on one hand recognizing its good intentions to help the underprivileged with the support of a capable St. John Parish Housing Authority leadership team.

However, Remondet cannot ignore the feedback from apprehensive Garyville residents who feel action was taken without their voice or approval.

Many, she said, were not aware of the redevelopment until December of last year, when the St. John Parish Council granted conditional approval to scale back the project size from 25 to 22 units.

“Nothing in that initial public meeting indicated this development would be voted on in less than two months,” Remondet said.

“People thought at that time, including myself, that it was just an idea. I think that’s why people are upset, because they don’t feel they were notified. Personally, I understand both sides. I wouldn’t want to be forced to accept something that I think could go wrong because, in the past, some of these developments have not been well managed.”

According to Remondet, Garyville residents are concerned there will be a resurgence of community crime with the arrival of newcomers.

Other concerns, she said, regard a lack of local transportation resources that could prevent occupants from obtaining meaningful employment, and that Garyville or surrounding residents who are in need won’t be the people who benefit from the federally sanctioned project.

Carl Monica, who has lived within 200 feet from the site for close to 35 years, is among those who feel locals’ voices have been willfully ignored.

“It won’t positively impact us, because it won’t be for our people primarily,” Monica said.

“They’ll be bringing people in from outside, and a certain amount of them will have their drugs and thugs. This causes too major an impact for us to not have input, and we have not been getting a seat at the table.”

Additionally, Monica is concerned with the lack of public meetings to address issues such as security measures and proximity of the new structures to aging sites that have not been demolished.

Remondet said the Parish is limited in the action it can take in regards to federal projects. Her plan moving forward is to work closely with St. John Parish Housing Authority Executive Director Trina Sanders to address concerns as they arise.

“It’s a good intended project, and everybody is hopeful that it will run smoothly,” Remondet said.

“Ms. Trina has been very professional. She’s met with us and groups of concerned citizens at least 10 times, and she’s done her best to ensure and explain to everyone that her intentions are good.”

During Parish Council presentations, the Planning Department shared that almost one in five St. John residents lives below the poverty line.

“I can’t see a better benefit than providing a stable home and healthy environment for families, more specifically, children.”

Sanders said flooding from Hurricane Isaac in 2012 rendered the Garyville site eligible for disaster assistance through the LA Office of Community Development.

“The Housing Authority concluded that the best use of the funding from the Office of Community Development was to demolish and rebuild something new for the low-income families of the Parish,” Sanders said.

According to Sanders, 36 former units in the pre-existing site were demolished beginning in May, and separate demolition of the remaining two-unit duplex will be completed in coming months using public funding.

Sanders said the Garyville Redevelopment is the first phase of a multi-phase approach to update all St. John the Baptist Parish Housing Authority sites.

Funding and timelines for future phases have not been set.