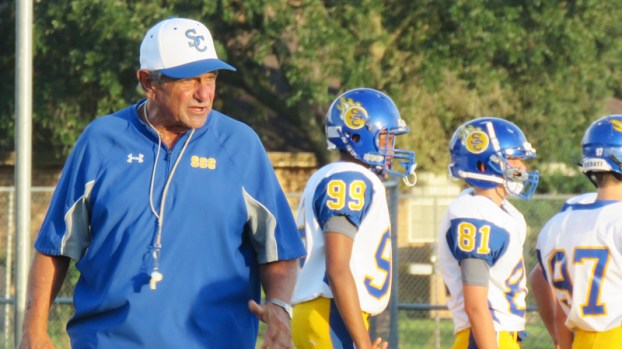 RESERVE — The Wildcats are heading to Raceland this Friday to challenge undefeated Central Lafourche (3-0).

The record is impressive, but the improvement shown by the Trojans this season should cause the most concern for East St. John High fans.

Central Lafourche seems to be hitting its stride defensively, having allowed 21 points to E.D. White in Week 1, 18 points to Carver in Week 2 and just six points to South Lafourche in Week 3.

Head coach Keith Menard has Central Lafourche rolling, and a threat to seize game control in all manner of ways.

• Wide receiver Peyton Loredo hauled in 95 yards receiving, a touchdown and a two-point conversion (Central Lafourche’s quarterback is the holder).

• Loredo returned a kickoff 87 yards for a touchdown.

• Gavin Lasseigne showed off his range, connecting on field goals of 24 yards and 37 yards in the Trojans’ rivalry game last week.

The Wildcats (1-2) are hitting the road following a rough 16-14 defeat to McDonogh 35 in Reserve.

East St. John’s near victory was a massive improvement over the two squads’ 2017 contest when the Roneagles defeated ESJH 29-0.

LAPLACE — The Comets defense, which did not give up a point last week and held their Week 1 opponent to a single-digit output, is stepping up in weight class this week in a battle at Metairie Park Country Day.

Towering junior quarterback Justin Ibieta, coming off a four-touchdown evening, enters the game with 11 TDs on the season. His squad started slow last week but exploded in the second half for 41 points.

In a game that didn’t include offensive fireworks, St. Charles Catholic totaled 193 yards of offense, with 168 of it coming via the ground game.