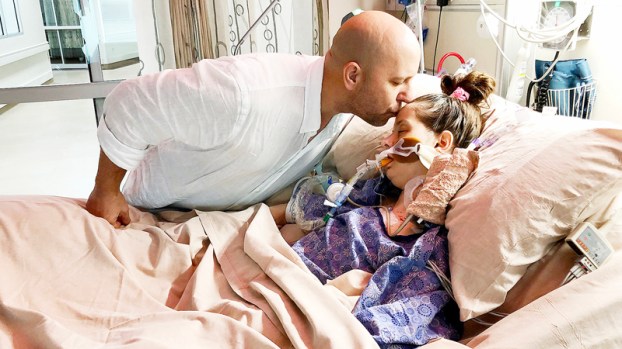 GARYVILLE — LaPlace native and Third Gear musician Joey Todd knows it’s nothing short of a miracle that his sister-in-law is able to laugh, exercise and breathe without oxygen.

Anyone and everyone who loves live music, great food and charitable causes is invited to turn out for the Breathe Easy Jam Fest from noon to 6 p.m. Sept. 30 at Fatty’s Restaurant, located at 186 Museum St. in Garyville.

Musicians of all ages and styles can bring their instruments, jam together and network with other musicians.

Open to the public for no admission charge, the event features performances from local favorites Third Gear, Peyton Falgoust Music, Shot Time and Simply Us.

Proceeds come from food and drink tickets, and Fatty’s Restaurant owner Sean Delaneuville has graciously offered to donate a large portion of the day’s earnings to the LeMaire family.

Musicians Joey Todd and Peyton Falgoust are helping host the Breathe Easy Jam Fest from noon to 6 p.m. Sept. 30 at Fatty’s Restaurant in Garyville, a fundraiser for April LeMaire, who underwent a double lung transplant.

“April is our miracle, and it’s incredible how people can come together and do good for people they don’t even know,” Todd said. “This is going to be a celebration of life, victory and of donors who had to lose to give to others.”

Falgoust, a college student who hosts Sings & Strings as a fundraiser to restore the historic Garyville Timbermill Museum, said the only complaint he’s received about the Jam Fest is that it’s not held often enough.

“We want to use this event as a drawing board to see what we can make happen in the future,” Falgoust said. “The goal is always to help someone out.”

Falgoust doesn’t know LeMaire personally, but he and his mother, organizer Donna Falgoust, were inspired by her story.

When LeMaire married her husband, Ryan, in December 2015, she thought her health battles were behind her.

She’d recently overcome a rare lung infection through lobectomy surgery. After recovering, she and Ryan enjoyed a perfect wedding and honeymoon before returning home eager to start a family.

LeMaire was motivated to get in shape to prep for pregnancy but soon realized physical activity left her winded and blue-lipped.

LeMaire was unknowingly suffering from pulmonary veno-occlusive disease, a rare form of pulmonary hypotension affecting only one in 10 million people.

“Because the pressure in the lungs is so high, it could stretch the heart out and cause it to go into heart failure if left untreated,” LeMaire said.

Three months following her double lung transplant, LeMaire is learning to breathe easy. She’s grateful for the generosity of those helping her navigate staggering medical expenses.

“It’s humbling,” LeMaire said. “I’ve never had to ask for money or wanted to, but when something like this happens, it’s amazing to see how many people reach out to you because they want to help.”

“This is the family environment you want to go to,” Todd said. “There’s no judgment because it’s a learning experience for everyone.”

Falgoust said no sign up is required for the event, and musicians of all experience levels are welcome.

LAPLACE — St. John the Baptist Parish President Natalie Robottom said she wants to be certain the parish has a... read more