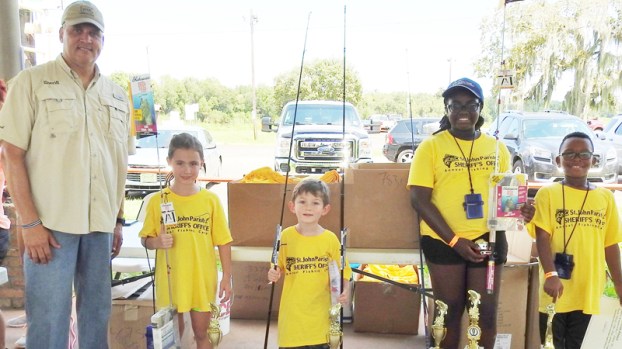 NORCO — It was local children who hauled in all the big fish.

Those children, along with many others, were hosted by St. John Parish Sheriff Mike Tregre and several officers, who spent Saturday morning with children, reelin’ them in at St. John Parish’s annual kids fishing camp in the Bonnet Carre Spillway near Norco.

With pole and bait in hand, officers led children in the fishing excursion held around the spillway’s boat launch. Officers helped children place worms and crickets on a hook, cast poles and offer other fishing tips.

Deputy Bernell Charles spearheaded the camp. Fishing poles and bait were provided. Dunkin’ Donuts and juice were available and, hamburgers and hot dogs were served.

Terreke Grover was the top fisher and won an inland charter trip for four in Lafitte.