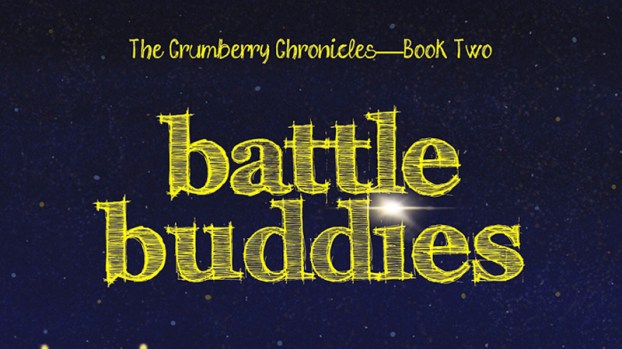 In “Battle Buddies,” readers are drawn further into the life of 11-year-old Jase Freeman and his ability to get himself into trouble, even as he tries to do the right thing.

A favorite character in The Crumberry Chronicles series is based on one of Pierce’s favorite teachers, St. John the Baptist Parish’s own Mr. Houston.

“He was always so kind and fair,” Pierce said. “And he had a way of making students believe they could succeed. He was definitely a major positive influence at an important time in my life.

Pierce donated two copies of book 1 to the St. John library system and hopes to donate book 2, as well.

“Jace’s story continues and through him we struggle and learn how to find joy,” Pierce said.

“As a teacher, Jace’s story is a significant reminder that all of my students could be inspired by the joy they see in me and that there are daily opportunities to teach not only academic curriculum but also life lessons.

“I highly recommend Battle Buddies to students, teachers and parents,” Pierce said. “I plan to get several copies for my classroom bookshelf.”

Just as in her debut novel, the sequel simmers with dialogue and multiple story layers.

“Inspiration, joy, and answers to life’s questions can be found everywhere and in the most unexpected places,” fifth grade teacher Jessie Miller said.

Her current works-in-progress include volume three in “The Crumberry Chronicles” series and a devotion and inspirational book for the pastor’s wife. She blogs at shelleypaperbackwriter.blogspot.com.

Ascension of Our Lord Little Crusaders recently welcomed students for the fourth year running. Beverly Terrio, who has been a... read more