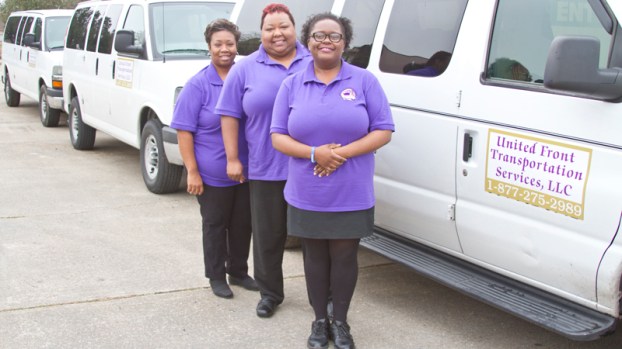 LAPLACE — Hailey Chapman of LaPlace feels most gratified when she spots people around town standing tall and confident in the clothes she’s sold in her shop.

Chapman, owner of Oh So Cute Monograms & Boutique, is one of four local women who recently celebrated the first anniversary of a passion project turned successful business.

When the longtime Destiny Christian Center members united their business ventures to fulfill a vision from God, they learned the need for school, medical and tourism transportation services in St. John the Baptist Parish is greater than they imagined.

Located at 1145 W. Airline Highway, Oh So Cute has also filled a hole in local retail opportunities, according to Chapman.

Hailey Chapman stands in front of her business, Oh So Cute Monograms & Boutique, located at 1145 W. Airline Highway in LaPlace.

She said the store offers a variety of trendy women’s clothing, accessories, shoes and items available for embroidery. While there are plans to expand Oh So Cute’s customer base and selections, Chapman said the location is here to stay.

“Business has been better than I thought it would be when I started,” Chapman said.

“I like being in LaPlace. I think there was a clear need for what we’re doing here, and I love where we’re at right now. We really appreciate all the support from the community.”

Chapman learned embroidery from her grandmother, Jane Chapman. She honed her skills in the four years leading up to her May 2017 college graduation, often traveling to and from LSU to establish a local clientele.

Over the past year, Chapman has learned the necessity of shopping local, especially during holiday months.

“I want to remind people to stay local when they shop for gifts because you’re supporting small businesses and keeping your tax dollars here,” Chapman said.

On several occasions over the summer, the three-woman team shuttled travel writers from around the globe.

The ladies are planning to transport residents to the Festival of the Bonfires in December and recently began offering drop-off to West St. John High School.

“The needs are great,” Williams said. “You wouldn’t realize how many people there are walking to school and work.”

Adams, Williams and James learned teamwork is necessary to success when driving appointments stretch all hours of the day.

“It’s easier with three people than it would be with one,” James said.

“We can work on three different tasks at one time and reach three times the amount of people. There’s a whole world of tourism opportunities out there that we’ve barely touched the surface of.”

Adams said the United Front team thanks the community for a year of support.

“Our vision is huge, and the networking has been awesome,” Adams said.

“We acknowledge that we could not have had such a good summer without the community and the grace of God.”