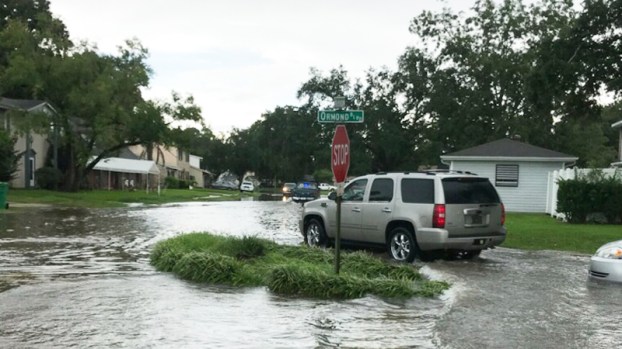 Parish: Rain fell faster than drainage systems could keep up

Carrollwood, Madewood, Belle Terre and parking lots along Airline Highway were impacted by flash flooding, Helm said, adding the Parish did not receive reports of water seeping into residences or businesses.

She said flooded areas drained within an hour after the rain stopped, as is typical with flash flooding.

Though Gordon did not hit St. John the Baptist Parish, Helm said it contributed to saturated conditions by pushing into the gulf and raising lake levels.

“It’s called a summer wet pattern,” she said. “Although we didn’t get a lot of rain with the tropical storm system, as projected, we are still very saturated from having intense amounts of rainfall almost every day.

“Our canals are high, our grass is saturated and higher than normal lake levels contribute to runoff.”

Parish administration sent staff out during the weather event to check drains and worked with the DOTD Friday to test drains along state highways.

Helm urges residents to reduce flood risks by removing leaves and debris from drains. When flooding does occur, the correct protocol to report hazardous roadways is to call 911, according to Helm.

“If you think you are in a flood or a roadway you can’t pass, we really want you to call 911,” Helm said.

“We have a dispatcher dedicated to public safety in the 911 system. That’s the proper channel to ensure we can dispatch a crew and write a report.”

September is the height of hurricane season, and Helm asks residents to be proactive in signing up for emergency alerts by calling 985-652-9569 or visiting sjbparish.com.