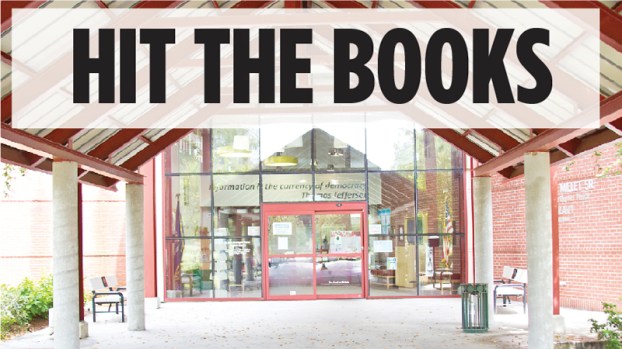 According to numerous current and former employees of the St. John library system, poor morale created by friction with leadership has led to poor performance that is impacting patron experience. These are charges the library director strongly disagrees with.

Virgie Jarrow-Johnson, president of the St. John the Baptist Parish Library Board of Control, is concerned the turnover rate of employees is a hurdle to providing quality outreach programs for patrons.

“We don’t have a children’s librarian or staff to provide services for the youth,” Jarrow-Johnson said, noting employees could become more versatile with more training. “I think with all that’s transpired with our hiring, we do have a state of concern.”

Employee Cynthia DuBois shares Jarrow-Johnson’s concerns, linking a decline in the quality of library services to low employee morale and a work environment fraught with tension.

DuBois, employed by the library since July 2017, said she’s felt personally targeted by the leadership team of Director Trina Smith and Assistant Director Dana Douglas since Douglas was hired in January.

In past months, DuBois said she’s been written up for leaving the office after being threatened by an employee, accused of theft and blocked from performing her job duties.

“I’m the collections person system-wide, and I can’t talk to the branches anymore,” DuBois said. “Any DVD, book or playaway or anything that the patrons use comes through my hot little hands. Patrons can receive items, but I can’t see if the items are being managed properly.”

DuBois said the Reserve, Garyville and Edgard branches significantly cut back communication with her immediately after Douglas was hired.

There have been questionable uses of public funds, DuBois said, citing more than $2,000 spent on “retirement parties and gifts” and items purchased for the St. John the Baptist Parish Backpack Extravaganza.

According to Brad Cryer of the Louisiana Legislative Auditor’s Office, the retirement party violations appeared on the 2017 audit.

“Our recommendation is that if you spent public funds for a non public purpose, then you need to pay them back,” Cryer said.

According to Jarrow-Johnson, the two programs in question were incorrectly coded as parties when they were, in fact, open to the public, included guest speakers and followed an agenda.

At the recommendation of the auditor, Jarrow-Johnson said leadership is asking the Friends of the Library organization to allocate monies to reimburse the library’s general fund.

Smith said Friends of the Library also donated $289.82 for the Backpack Extravaganza, dispelling any claim that public funds were used for the event.

Library Board member Lisa Tregre-Wilder has not heard of any financial or workplace concerns, saying situations are usually resolved within the library before being reported to the Board of Control.

“No issues have come to the Board’s attention, but it wouldn’t surprise me if the programs were coded incorrectly because the director is new,” Tregre-Wilder said. “There’s always room for improvement, and every vote we take is to the benefit of the public.”

Voting is part of the problem, according to board member Maria Victoria Coy, who said every attempt to initiate change ends in a 4-3 split vote in favor of sticking to the status quo.

Coy is concerned with the library’s budgeting, which she cited as a reflection of a lack of business experience within library leadership despite hearts being in the right place.

“I’m so disgruntled because every attempt to change it gets shot down,” Coy said.

Without listing names, Coy said she believes the board is ineffective in part because some members are more protective of library administration than others.

Board member Butch Millet said he is unaware of any concerns within the library, financial or regarding employee morale.

DuBois disagrees with the use of funds and said the public is further impacted when Smith and Douglas “come and go as they please,” leaving patron questions unanswered.

A current library employee who asked not to be named said patrons feel the shift in leadership.

“It’s an embarrassment,” the employee said. “I have to go out into the community and face the patrons who say, basically, the service sucks. They want to know why no one seems happy and why everyone looks down and out. Why is there no enthusiasm anymore?”

The employee described the environment as “cutthroat,” adding staff members have fallen severely behind on work because of new policies limiting work hours within the technology department.

The employee witnessed an instance in early August where a fellow employee pointed a pencil at DuBois after being written up and stated, “If I go down, I’m taking everybody with me.”

The employee was not removed or reprimanded for her actions, according to DuBois.

Former employee Dulce Michelin said staff members are impacted mentally and emotionally by the strain of working in a tense environment.

“The staff is going to quit or find work in other places,” Michelin said. “If you don’t have staff to work at that circulation desk, patrons are not going to get serviced.”

Smith said she aims to build rapport with staff and foster a good working environment, recognizing not all requests can be accommodated.

“Conquering the challenge of new leadership is not always easy,” Smith said. “There have been challenges, but none of the challenges have been out of the norm for any business going through transition. We try to keep an open dialogue with employees and address concerns and issues as they arise.”

There is an ongoing effort to improve quality of services and enhance staff skills, she said.

According to Smith, all patron requests are heard and answered in accordance with the policy and procedure manual, which places staff members responsible for answering general questions. Requests for further assistance are passed to a branch supervisor, then the assistant director and director.

Smith said she and Douglas work more than the 40 hours a week required by the salaried, exempt status of the director and assistant director. She said patrons are welcome to make their voices heard by attending board meetings, joining Friends of the Library or using the suggestion box at each location.

German Coast Preservation Guild working to save, share stories of our historic sites

LAPLACE — Growing up on the West Bank of St. John the Baptist Parish, Courtni Becnel would look at dilapidated... read more