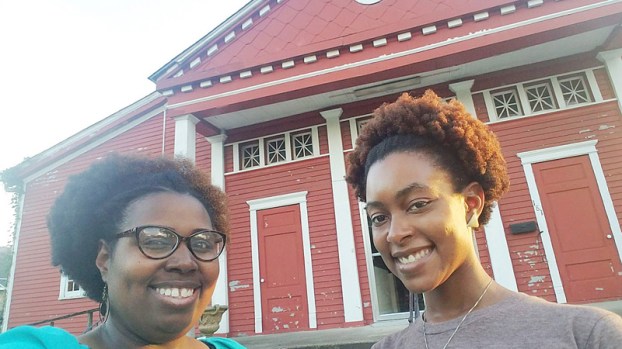 German Coast Preservation Guild working to save, share stories of our historic sites

LAPLACE — Growing up on the West Bank of St. John the Baptist Parish, Courtni Becnel would look at dilapidated buildings and wonder what they once meant to the community.

Her older relatives told stories of ice cream parlors and movie theaters, once staples of Edgard, later lost in the sands of time.

While working at Whitney Plantation in Wallace, Becnel discovered a passion for educating others about the rich history of the River Parishes.

“It’s important for people to know where they came from and be able to hold onto something they identify with,” Becnel said. “Plants, businesses and industrialization are great for the economy, but we don’t want to wash away our culture. We want to save as much of our history as we can through our architecture.”

A lot of the work up front will be investigative, according to Becnel.

She and Donnell are following written accounts and word-of-mouth leads to uncover the history of aging structures not currently protected by the National Register of Historic Places.

An unidentified red and white structure in LaPlace looks to have been built around the early 19th century, according to Becnel.

Another aging site in LaPlace is overgrown with plants and lacking a roof. The brick building resembles a bank, but Becnel said personal accounts point to it being an old grocery store.

One site under investigation in St. James Parish appears to be part of a plantation that was modified to become one of the first public schools in the region.

“We have a lot of leads and projects, but it also takes a lot of time and work,” Becnel said.

“We’re asking the public to submit stories or buildings they want us to investigate. A lot of these old stories passed down are rooted in fact.”

The public can also help the cause with monetary donations, which will be used in acquiring historic landmarks and forming a museum.

Becnel and Donnell are applying for a 501c3 nonprofit status, opening the door for grant money.

“If we’re able to get permission from private property owners or generate enough money where we can buy several properties, we can do our own tour through these sites,” Becnel said.

“Instead of just going on a plantation tour or a swamp tour, people can do a whole town tour.”

Donnell is new to Southeast Louisiana, having grown up in North Carolina. She’s fallen in love with the local culture and wants to do her part in preserving it for future generations.

“The culture here is so different from other places along the South,” Donnell said. “It’s important to preserve what makes it unique, from the architecture to the sugar cane cash crops and the language that was prevalent up until about 50 years ago.”

According to Donnell, preservation efforts include writing comprehensive reports and deciding if a site should be renovated for modern use or restored to its original state.

LAPLACE — Making up-front, monthly payments of more than $23,000 to South Central Planning & Development Commission is not a... read more