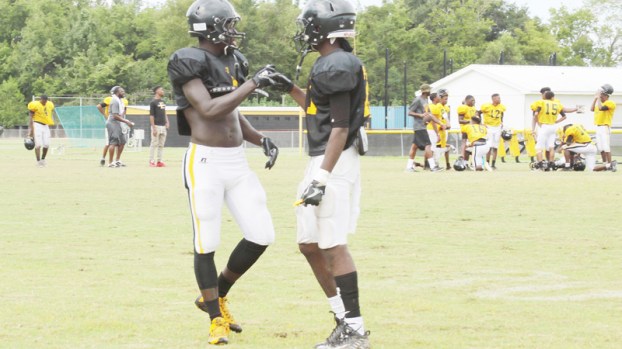 RESERVE — They know how to finish; they just need to start faster.

ESJH starts the season following a 13-8 jamboree loss last week to John Ehret, where the Wildcats rallied for a touchdown, safety and interception in the game’s last eight minutes before the squad’s furious comeback came up just short.

“One of the things I did was challenge those guys to finish the game, to finish strong,” Brown said. “They did that in the second quarter. We were really pleased, as a coaching staff, with the way the kids went out and competed and finished.”

A faster start is crucial against Plaquemine, which will travel to St. John the Baptist Parish with physical line play on offense and defense.

Wildcats coaches will look to combat their opponent with alignment diversity on offense in an effort to get Plaquemine out of position, while setting a tone on defense with aggressive play.

It’s easier said then done, but Brown likes his team’s chances if they execute the game plan. The first-year Wildcats coach is stressing to his players to trust the coaching, their teammates and their own ability.

“If we can do that, I think we are going to be in good shape,” Brown said.