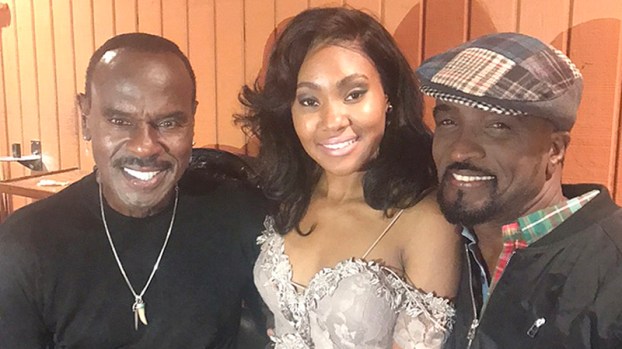 LAPLACE — Tai Nicholas of LaPlace is an actress on the rise, equipped with a vivacious spirit and the diligence to take on a variety of television and film roles.

Whether she’s playing an aspiring ballet dancer in a TV pilot or the leading lady in a musical, Nicholas strives to prove her talent cannot be confined by labels.

“I’ve seen a lot of African American females play the servant, the prostitute, the maid and the assistant,” Nicholas said. “I haven’t seen as many take on roles of power that reflect their everyday lives. I would like to see more of these women break through and be one of the people who are able to do it.”

Nicholas, a 2010 East St. John High alumna, has a lead role in “BFA New Orleans,” a television pilot in post-production.

She plays the role of Tiffany Atwater, an aspiring dancer enrolled in a competitive college program.

In the independent Christian film “A Life To Choose,” currently in pre-production, Nicholas takes on the role of supporting character Jennifer.

She’s featured in the short film, “We Can’t Do This Anymore,” and auditioned this week for a new supporting role in the BET drama series “Tales.”

In coming months, she’ll visit Atlanta and other parts of the United States on a tour of the critically acclaimed musical “New Orleans Jass Jubilee,” where she stars as Miss Cecilla Mahogany Poché.

When she’s not traveling for auditions, Nicholas teaches talented theater students in the St. John the Baptist Parish Public Schools. She works alongside gifted and talented teacher Garrett Prejean, who is also pursuing an acting career.

Her favorite part about stepping into the shoes of a character is the self-discovery that comes with it.

“Acting can serve as a discovery and therapy for yourself, but at the same time, it can be the very same thing for somebody who is watching you,” Nicholas said. “It’s a very vicarious experience that can take the performer and the audience to higher realizations in life.”

BFA New Orleans writer and producer Clyde Jones described Nicholas as a wonderful actress and a star in the making.

“She’s not afraid to take on adventure and be a go-getter,” Jones said, adding Nicholas always asks questions and won’t give up until she finds the answer. “She has what it takes, and she listens well.

“The art of acting is listening first and following direction. If people like you as a person, they’ll like you as an actor, and she’s a very likeable person.”

Nicholas knew she wanted to pursue acting from the time she was a small child.

After she attended New Orleans Center for Creative Arts and later graduated from Dillard University, the dream became attainable.

Nicholas said acting isn’t a path to be followed for fame or fortune.

“If you’re going to pursue a career in this field, make sure it’s something you really want to do,” Nicholas said.

“When people break out as actors or singers, they have been pursuing it for years. I promise it does not happen overnight.”

LAPLACE — A local man escaped serious injury this week, police say, after he was shot in the head and... read more