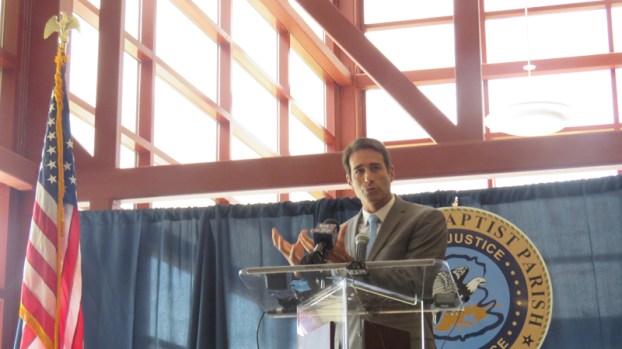 Hemelt: “Fake News” has no place in journalism

There are no two words that aggravate me more than “fake news.”

I see it as a crutch, one used by the most powerful person in the world — the president of the United States of America — and any other local politician or business person who simply doesn’t agree with a set of facts contrary to their agenda.

Yet, after nearly 20 years in community journalism over four states, I’ve certainly witnessed where the line between middle-of-the-road journalism has blurred with opinion-based reporting.

Cable news tops that list, with lead opinion makers on channels like CNN and Fox News lumped into the same category as those channels’ news departments.

As a lifelong journalist and champion of the local story, it troubles me to admit that my counterparts in big media have diluted what honest reporting is, allowing just about anybody to “blame the messenger” by throwing out the “fake news” term.

I addressed the issue this week with U.S. Rep. Garret Graves, a Republican Congressman in the 6th District of Louisiana that covers a portion of St. John the Baptist Parish.

“Do you feel we are heading the wrong way when it comes to the relationship between public office and journalism?” — I asked.

Graves paused for 20 seconds before saying he has long noted inaccuracies in news stories.

“Have I seen inaccuracies reported for many, many years? Yes, I have,” he told me. “Not because I think the press or a reporter has an ax to grind. I think it is more so because one minute you are doing education, the next minute you are dealing with health care, then you are dealing with the environment, then you are dealing with transportation. Nobody can be an expert and understand the details of every single situation. Reporters are often thrown into that situation where they have to write detailed stories about A-to-Z topics. I think there is an acceptable level of inaccuracy, provided it is not malicious or intended.”

Graves told me he missed the days of Walter Cronkite, “where it truly is reporting.”

“Instead I think you more often, and I just want to be clear, more often see where reporters are injecting themselves and their own opinion into stories,” Graves said.

“They are picking sides and largely choosing a winner and a loser. I don’t believe that is the role of the press. I don’t think it happens in every press outlet. I don’t think it happens in every story or every broadcast but I do feel like we are in an uber-partisan environment and I feel like that partisanship does transcend into reporting more often now then it used to. It’s not necessarily as much about it being inaccurate, as it is about (reporters) injecting themselves and an angle …”

“Let me be clear on this, you see it on both sides,” Graves concluded.

I appreciated his honesty when discussing the issue, which is about as passionate a subject I deal with on a professional level.

I largely agree with his stance, especially when looking at it through a national lens.

However, I do wish he would acknowledge politicians with questionable motives have upped their efforts to make the press the enemy in order to avoid the judgmental glare of public opinion. With that in mind, we offer any local reader, elected official or community supporter to reach out to us if they feel bias on behalf of L’OBSERVATEUR coverage.

This is your community newspaper and news website. We take our cues from you, the reader, and welcome all feedback, positive or negative.

If you’ve ever been to PJ’s Coffee Shop in LaPlace more than once, you most probably met Mr. Dallas Newsome.... read more