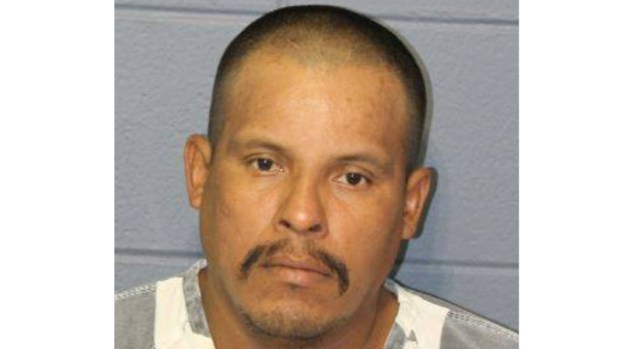 LAPLACE — Juan Carlos Ramos didn’t have much to say after members of the U.S. Marshals Fugitive Task Force arrested him Saturday in St. Bernard Parish.

According to St. John Parish Sheriff Mike Tregre, Ramos refused to talk and requested a lawyer.

Ramos’ arrest came four days after local law enforcement began tracking him, signaling him out as the perpetrator in one of the most gruesome attacks in recent St. John the Baptist Parish history.

Police believe Ramos, 44, an illegal immigrant from Honduras, entered a home in the 100 block of Augustin Lane in LaPlace sometime before 11:30 p.m. Aug. 7 and used a machete to brutally assault a male in the home.

“It was very vicious,” Tregre said. “(The assailant) just completely butchered this guy. I firmly believe if it wasn’t for my officers arriving and applying a tourniquet, he probably would have died.”

According to the St. John the Baptist Parish Sheriff’s Office, Ramos entered the front door of the home he sometimes shared with the female occupant and viciously attacked her friend.

Police did not release a motive for the attack.

Upon arrival at approximately 11:30 p.m., deputies found the 44-year-old victim suffering from severe gashes and slipping in and out of consciousness.

Responding officers applied department-issued tourniquets to the man’s upper arms to stop bleeding. Emergency medical services arrived on scene and rendered first aid, then took the victim to a New Orleans hospital, where police said early this week he was in guarded but stable condition.

Deputies identified the suspect as Ramos, who had fled the scene, and a judicial warrant for his arrest was obtained.

On Saturday, officers located Ramos in St. Bernard Parish, and he was taken into custody and booked with attempted second degree murder.

License-plate reading cameras tracked Ramos’ vehicle through the Northshore and New Orleans East before he was eventually captured over the weekend in St. Bernard Parish.

“We used to just respond and wait for paramedics, but now law enforcement has evolved to where we take steps to save lives with proper training,” Tregre said.

The Sheriff’s Office announced this Spring that numerous officers completed training program Stop the Bleed at patrol headquarters in LaPlace.

It is designed to teach life-saving bleeding control techniques from severe wounds by using gauze and tourniquets. Local officers are now equipped with a tourniquet and gauze kit to carry while on duty.

Stop the Bleed training, led by Yvette Legendre of the Louisiana Emergency Response Network, was established through University Medical Center in New Orleans, a pioneer in injury prevention and lifesaving techniques.

The top cause of preventable death in trauma is bleeding. Twenty percent of people who have died from traumatic injuries could have survived with quick bleeding control, according to the Hartford Consensus.

The Consensus is a report by the American College of Surgeons who collaborated with the medical community and representatives from the federal government after the 2012 active shooter tragedy at Sandy Hook Elementary School in Newtown, Connecticut.