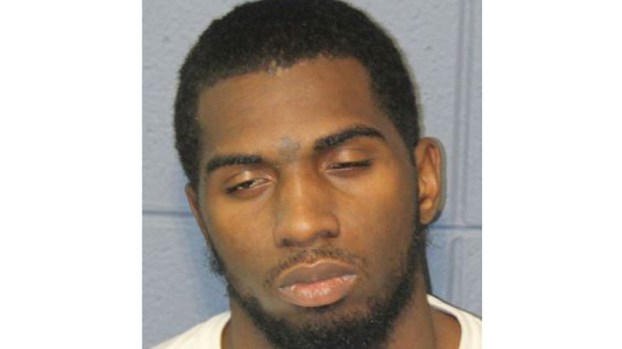 Antone A. Henderson, of Reserve, and another suspect were previously arrested on similar charges but subsequently released after the St. John the Baptist Parish District Attorney’s Office declined to proceed with prosecution due to a lack of evidence.

“We are aware that these items are currently being compiled by your office,” the letter said. “Once they are received by the District Attorney’s Office, we will reassess our screening decision accordingly. Thank you for your office’s diligent work in regards to this investigation. I look forward to continuing to work with you to ensure a just, fair and proper outcome in this matter.”

“One suspect has been re-arrested and the other one, we plan on re-arresting him in the very near future,” Tregre said.

The investigation stems from a Dollar General shootout June 5 in Reserve that resulted in the wounding of a store employee.

“They were hell bent on committing this crime no matter what it took and no matter who they had to hurt or kill,” Tregre said days after the encounter. “They were just determined, and I’m thankful no one was killed. They were prepared to do whatever it took to be successful.”

That’s when two armed men, their faces obscured by white masks, appeared and demanded the employees back away from their cars and re-enter the store.

The employees defied the gunmen, each entering their vehicles and trying to speed away. According to police, the gunmen fired their weapons at the two moving vehicles, striking both.

One vehicle occupant, a 46-year-old female, was shot in the knee and hand, causing her to crash and sustain additional head injuries from a collision with a culvert. Police said a second employee drove off only to be shot at, as well, leading her to crash the vehicle. She escaped without physical injury after fleeing on foot.

The gunmen left the scene immediately after the shooting, according to police.

Detectives developed 19-year-old Glenn Lee Jr. and Henderson as suspects, and each was arrested a day after the shootings.

Lee was subsequently released when the D.A.’s office said evidence was lacking.