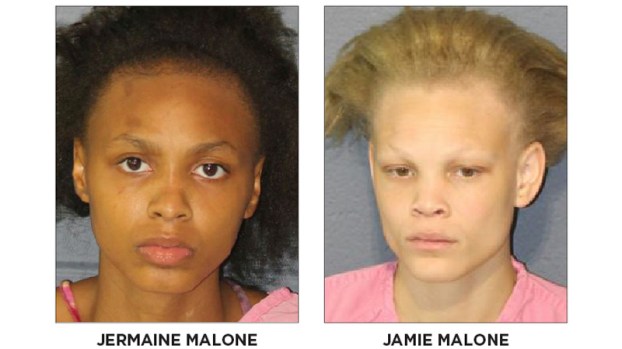 LAPLACE — The sister tandem of 19-year-old Jermaine Malone and 20-year-old Jamie Malone were jailed this week after police said they broke into a LaPlace man’s home and began beating him.

The altercation took place at approximately 6 p.m. Tuesday, according to the St. John the Baptist Parish Sheriff’s Office, when Jamie and Jermaine broke through a garage door at a home in the 500 block of Plymouth Drive.

Police said the women found the 24-year-old victim in the kitchen and began punching him.

“The victim fought back, and the women fled the residence,” authorities said in a release. “Shortly after, the women were arrested at their LaPlace residence.”

Deputies arriving to the scene after the assault made contact with the victim, who refused medical aid.

Jermaine and Jamie are charged with felony home invasion and are being held in lieu of a $15,000 bond.