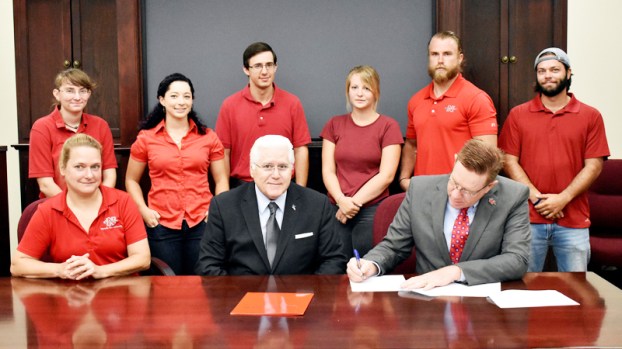 In 2017, the Port of South Louisiana signed a Cooperative Endeavor Agreement with Nicholls State University to support and promote the university’s Coastal Restoration Program.

The program was founded in the aftermath of Hurricane Katrina and its first funded project was to restore plantings in Leeville, City Park in New Orleans and Fifi Island, which is adjacent to Grand Isle.

University students are taught how changes in the coastline affect industries and work side-by-side with faculty and volunteers in the field, allowing for valuable hands-on experience and a sense of stewardship of natural habitats throughout the state.

The Port of South Louisiana is proud to assist Nicholls State with its coastal restoration program. This program not only increases safety to life and property, but also benefits the economy of the region, the state of Louisiana and the United States.

The Nicholls State University Coastal Restoration Program, which is dedicated to providing storm surge protection and ending coastal land loss in Louisiana, benefits every person in our state, young and old.

The Louisiana coast loses one football field of coastline every hour. According to a 2017 study conducted by the U.S. Geological Survey, coastal parishes have lost 2,006 square miles of land from 1932 to 2016.

The landfalls of hurricanes Katrina and Rita, both in 2005, greatly contributed to the decline by devastating the wetlands and barrier islands via storm surge, with additional damage leading to erosion and flooding from hurricanes Gustav and Ike in 2008.

Restoration of our coast is important to all Louisianans; we must do everything we can to end the coastal loss of our state. While major hurricane landfalls have not occurred in Louisiana in several years, which has helped slow land erosion, there is much that can be done to preserve and improve the wetlands that remain.

As the leading energy transfer port in America, the Port of South Louisiana is obligated to help protect the region’s oil and gas production, which accounts for 20 percent of the U.S. energy supply. Restoring Louisiana land is a crucial necessity for the future of our state; the Port of South Louisiana firmly believes in the mission and purpose of the Nicholls State University Coastal Restoration Program and the enormous impact it has already made in saving our wetlands, marshes and shorelines for the future.

Spring is undoubtedly the time of year most people associate with gardening. Something in human nature sees it as a... read more