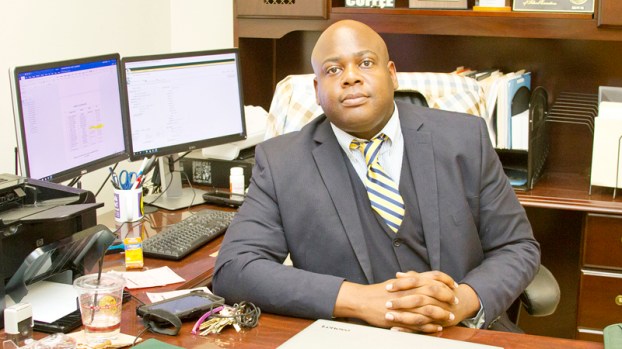 Mayes said he hopes to replicate the statistics at East St. John, adding the school has ample potential to elevate from a performance score of ‘C’ to an ‘A’ during the 2018-19 academic year.

“My expectation is that 100 percent of kids are college ready, whether that means going to a four-year major university, a job training program, a technical college or a career center,” Mayes said. “Every kid needs to leave high school equipped with the intelligence to choose their lifestyle, rather than letting academic deficiencies choose for them.”

To achieve an ‘A’ rating, Mayes is taking a three-prong approach to a 20-point school performance gain.

The first facet of success, according to Mayes, is promoting a central mission. At East St. John, that mission involves addressing science and math deficits identified in recent LEAP test results.

He said St. John the Baptist Parish schools are fully implementing Tier One curricula, following in the footsteps of top performing high schools across Louisiana.

Strengthening academics is only possible through creating and sustaining a high performing team, which Mayes cites as part 2 of his approach.

According to Mayes, more than 30 new employees are joining the Wildcats team, including assistant principal DeShanna Bause-Batiste.

With experience teaching in a St. James Parish elementary school and virtual school facility, Batiste is ready to take on a larger scale of leadership.

She’s overseeing 11th grade, but her goal is to get to know all students.

“I was leaving a District full of people I knew to come here, and it was like moving from one family to another,” Batiste said.

Melanie Marse is moving from classroom teacher to a master teacher position. Serving as third in command at ESJH, master teachers act as instructional coaches for new teachers through weekly meetings, according to Mayes.

The third step to raising the school rating is promoting a constructive and inspirational environment.

Mayes said each grade level would enjoy monthly assemblies celebrating academic success, during which the students of the month are recognized.

Hearing students’ wishes to be prepared for life during a tour of the school made Mayes eager to assume the role of principal.

“I was doing great where I was, but I wanted to come home and make a difference where I came from,” Mayes said.

Get your tickets for St. John Sugar Queen’s 70 years of pageantry celebration