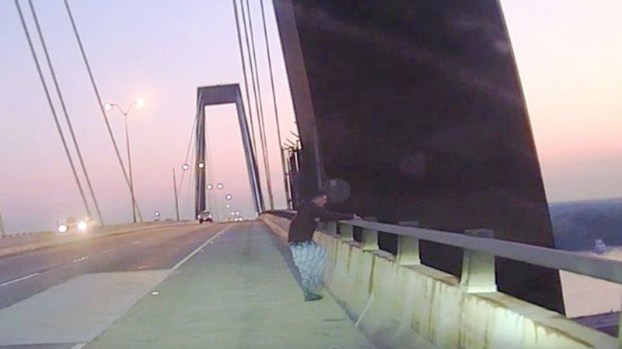 Police are looking for the man pictured, who jumped from the north bound lane on Hale Boggs Bridge.

Update from St. Charles Parish Sheriff’s Office: During evening hours Saturday, a body was recovered from the Mississippi River near St. Rose. Once recovered, the person was identified as the subject who had jumped from the Hale Boggs Bridge.

The subject was walking from the West Bank of St. Charles Parish on the shoulder of the bridge and appeared to be clad in a black pull-over sweatshirt and blue pajama pants with a design.

Moments after the deputy observed the subject, the subject ran towards the bridge railing and jumped into the river. He was seen attempting to swim towards barges moored on the Luling side of the river before he disappeared from sight.

Late Friday night, Sheriff Greg Champagne reported that the male subject was tentatively identified by family members as a resident of Luling.