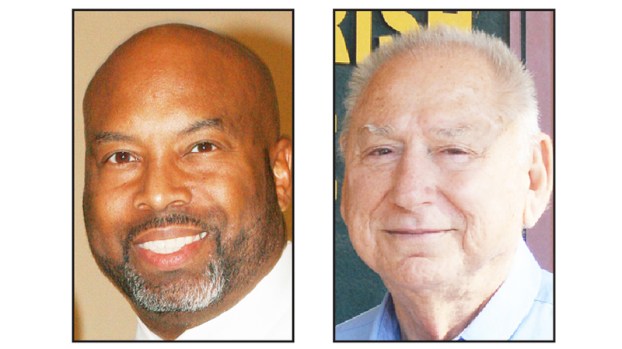 Use of ‘uprising’ questioned as racially insensitive

EDGARD — An impassioned discussion about spending and transparency within St. John the Baptist Parish Public Schools ramped up when the superintendent demanded a school board member apologize for what he believed was the use of a racially insensitive term.

Cupit began the 2017-18 academic year as supervisor of school improvement in the central office before moving Sept. 25 to LaPlace Elementary School to serve as interim principal.

According to George, he eliminated Cupit’s school improvement position in the Spring and the two agreed Cupit would serve as coordinator of compliance in special education this academic year.

Three days after Ukpolo’s removal, a group of residents, including some parents of LaPlace Elementary School students, protested the principal change. There were no reports of confrontations.

In interviews with L’OBSERVATEUR, one parent described the school before Ukpolo as a “prison” where students were given no right to expression and had whistles blown in their faces.

Another was aggravated with a lack of answers from the school board and superintendent concerning the move and suggested federal intervention should be considered.

While making a larger point last week about school spending, Keller, who is white, termed George’s decision to move Cupit to LaPlace Elementary as an effort to help solve an “uprising.”

Keller continued that portion of his statement by saying he could not support a plan that paid Cupit’s salary from the school district’s special education budget.

“We’re going to take away, from these poor kids, the most special kids we have in our school community, the most needed, $129,000 to play CYA, and I’m sorry, I can not go with this particular plan,” Keller said, before asking if George added any new assistant principals to the payroll.

In response, George, who is black, said “the first question I would like to ask you, Dr. Keller, I take offense to the term uprising that you used. I think it is racially insensitive. I would like you to apologize to the community.”

George said a new assistant principal was moved from the redirect center to LaPlace Elementary, then added “so again, back to my point, I think, as a Board member, for you to use, being a Caucasian, a racially insensitive term like uprising at LaPlace Elementary, I need an apology Dr. Keller so that we can continue this discussion.”

Keller said his intent was not racially motivated, offered an apology and said the school had been experiencing turmoil.

Immediately after the exchange, multiple School Board members attempted to defuse the level of building tension, with those present quickly and unanimously tabling the issue for discussion in more detail at the next finance committee meeting.

Two days after the meeting, George stressed there is a level of scrutiny for every word chosen by a leader.

“We are leaders of a school system that has children that are black, brown, white, yellow and everywhere in between,” George said.

“In the choosing of our words, we have to be very careful. I do believe when others are in a position like mine and see an inequity, a wrong statement, an insensitive statement, you must make that person aware that it is insensitive. I think it is incumbent to demand that person recognize that and they be given the opportunity to apologize. Dr. Keller did apologize at the Board table. I accept that and appreciate that. I feel better that he did understand that was not the best choice of words.”

Following the meeting, Keller said he did not feel uprising is a racially insensitive word and expressed concern that George singled him out.

“We had people picket the school,” Keller said. “We are involved in a lawsuit. Do you think that is normal behavior? I didn’t mean it to be offensive. I am taking offense that he called me a white Caucasian.”

George said on Saturday the School District is not currently in a lawsuit with Ukpolo but has secured legal services as attorneys on both sides discuss Ukpolo’s removal from the school and eventual termination.