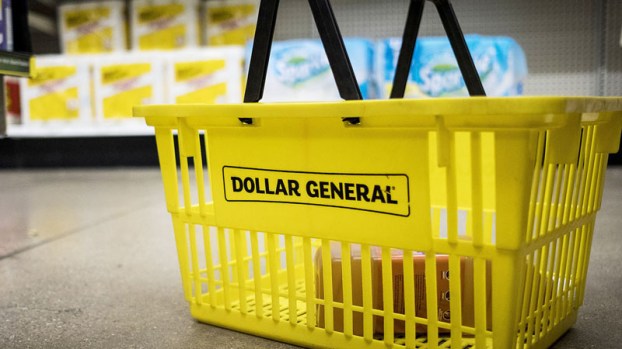 Parish Council members denied the rezoning of the area bounded by Jouty Lane, Highway 3217, Garden Grove and Highway 628 in LaPlace from a Residential District Four to Commercial District II.

LAPLACE — Over the past four decades, Charles and Carolyn Jouty of LaPlace watched their once quiet property give way to noise and traffic, unwelcome factors they feared would multiply with the proposed addition of a new Dollar General.

The duo was present at this month’s Parish Council meeting as officials discussed rezoning the area bounded by Jouty Lane, Highway 3217, Garden Grove and Highway 628 in LaPlace from a Residential District Four to Commercial District II.

According to Planning & Zoning Director Alex Carter, a rezoning would allow for the development of retail stores, restaurants and other large businesses in an area currently permitting construction of multi-family housing and mobile home parks.

A motion to deny approval passed with eight in favor, one abstaining, and conflicted Council members pointing to community feedback as a factor in their decision.

After Parish Administration recommended approval of the rezoning ordinance with the stipulation that a portion remain zoned for residential operations, Carolyn shared her dissent through a history of the Jouty property, which has been in the family since the late 1800s.

A landfill being added to their private property without written consent led to flooding concerns and a forced home elevation, she said. The opening of Bayou Steel brought “dust, noise and horrific traffic” to the property, which was later saddled with the addition of a mobile home park and a crowded parking lot for a business outside of the parish.

A Dollar General would add to the troubles, Carolyn said, while Charles noted undeveloped lots would be better used for housing or a pathway to the nearby levee.

Councilman-at-large Larry Sorapuru Jr. said he was in favor of rezoning the area for retail construction until two recent Planning and Zoning meetings revealed opposition from several community members.

“My personal opinion is that Dollar General would be good for that community because it’s very isolated, but I don’t live in that community,” Sorapuru said. “I want to honor the wishes of the people who live in the area.”

He urges residents to keep track of planning and zoning notices in their neighborhoods and bring any concerns to their Council representative.

Councilman Michael Wright, also torn on his decision to deny approval, stressed the community’s voices had been heard.

Charles and Carolyn thank the Parish Council members for listening.

“We’re happy to know that anyone in attendance can state their concerns, actually be listened to and taken into consideration before the vote is passed,” Charles said. “If we had not been at the meeting, I believe this ordinance would have passed without a problem.”

Charles admits he and his wife were initially nervous to speak at the meeting, but he’s happy they gathered the courage to do so.

“Get out of your comfort zone and try to become a public speaker, even if you don’t think you’re very good at it,” Charles said.