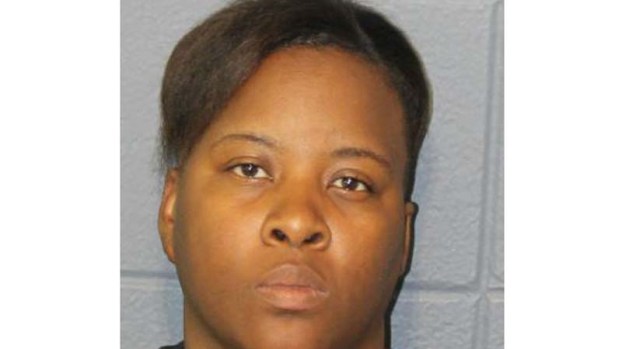 LAPLACE — A former receptionist at a local pediatrician’s office is facing more than 280 counts of felony theft and drug distribution, linked with close to a dozen others for fraudulently obtaining and circulating doctor’s office prescriptions.

Shallon Davis Dunmiles, 34, of Des Allemands was arrested Monday, the result of a seven-month, multi-agency investigation that has already resulted in the arrest of eight others, police said.

“He thought something was up and took all of the appropriate, lawful steps to make sure this was handled properly,” Mangano said. “We were able to link a lot of people through hard leg work, traveling to all these pharmacies and obtaining video surveillance of these people coming in using their IDs for the fraudulent prescriptions. We did work hand-in-hand at a certain part of the investigation with St. Charles Parish to actually execute a search warrant at Ms. Dunmiles’ residence, where we recovered a large amount of evidence that ties her even further to the crimes.”

The pad had the ability to write more than 150 prescriptions.

Dunmiles was booked Monday with 148 counts of felony identity theft and 136 felony counts of attempting or conspiring to distribute or possess with intent to distribute controlled dangerous substances.

Mangano said police are in constant contact with all local pharmacies concerning anything suspicious, adding “we will be alerted and be outside waiting for when you walk out the store.”

Police believe fraudulent prescriptions were used as far away as Belle Chasse.

“It was a lot of promethazine with codeine, a lot of opiate, a lot of different other stimulants,” Mangano said. “When you start seeing numerous people that are adults and children getting prescribed very hard drugs, it causes a pretty large problem throughout the parish.”