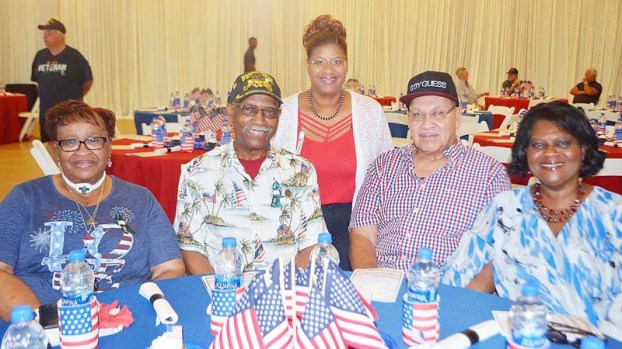 The annual event paid homage to deceased veterans and service members with a video tribute, lunch and Veterans salute.

Don Pierson, secretary of Louisiana Economic Development, was the keynote speaker and thanked attendees for their service and contribution.

Later in the evening, thousands gathered on the grounds of St. Peter’s Church and the St. John the Baptist Catholic Church to commemorate the holiday with food, fun and music. The event was filmed and broadcast live on the government access channel.