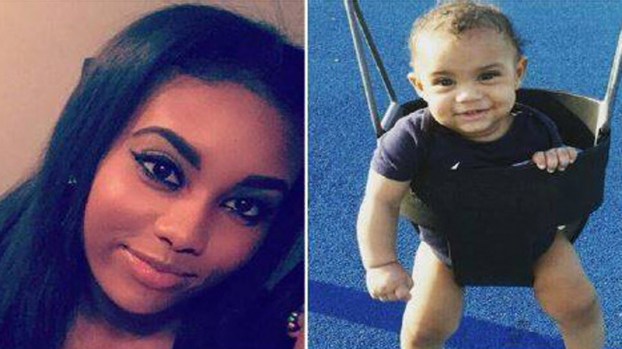 RESERVE — The St. John the Baptist Parish Sheriff’s Office is seeking information about the whereabouts of Tareal Washington, 19, of LaPlace, and her 7-month-old son, Rh’shad Williams.

According to Sheriff Mike Tregre, Washington’s mother reported her daughter and grandson missing on Friday.

Washington and Rh’shad were last seen May 13 in Reserve, and Tregre said it’s unclear whether foul play is involved.

“Her mama reported her, and now we’re trying to locate her and the baby,” Tregre said. “We don’t know if she’s missing on her own accord or if she was the victim of a crime. If anybody knows anything, we ask them to call us.”

According to a Sheriff’s Office release, Washington does not own or drive any known vehicles.