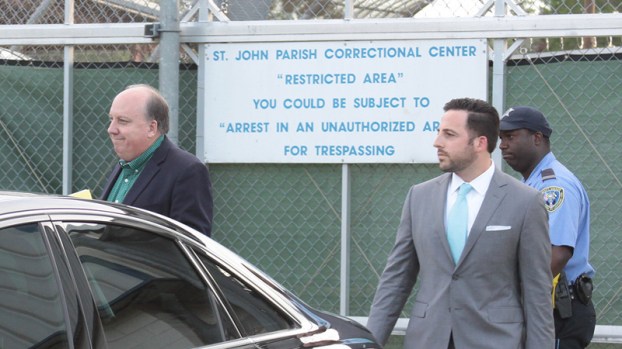 An Okaloosa County Sheriff’s Office spokesperson announced the decision Tuesday afternoon, saying Florida officials are not pressing charges at this time but could reconsider depending on the result of a Louisiana-based criminal prosecution of Perilloux currently underway.

Perilloux’s attorney, David Courcelle, said his client maintains he has done nothing improper.

“(Perilloux) will vigorously defend himself against these allegations,” Courcelle told L’OBSERVATEUR.

Okaloosa authorities began an investigation into Perilloux July 15, 2017, following the receipt of a criminal complaint.

Perilloux was chaperoning a beach vacation in Florida at the time, which included his daughter and her friends.

One of Perilloux’s daughter’s friends accused the judge of inappropriately touching her when the two were alone and she was asking to extend their nighttime curfew.

According to a copy of the Okaloosa County Sheriff’s Office offense report, Perilloux was accused of fondling a female victim less than 16 years old at a vacation condo in Ft. Walton Beach, Fla.

The alleged victim told police Perilloux inappropriately touched her July 14, 2017, when she asked him to stay out past an 11 p.m. curfew. She said Perilloux placed his hands on her stomach and began to rub it, continuing to do so under her shirt, forcing the girl to back away.

When the girl asked about the curfew again, she told police Perilloux placed his hands under her shirt again and slid his hand inside the front of her bathing suit, causing her to back away again.

The alleged victim said she backed out of the room after repeatedly telling Perilloux that he could not undo her top.

The Okaloosa County Sheriff’s Office interviewed a second female on vacation and was told Perilloux had previously made inappropriate comments to her, while also giving inappropriate hugs.

In speaking with police, Perilloux said he was in a dark room when approached by the child asking for a later curfew. He said he couldn’t see who it was and went to reach for his cell phone, possibly touching her in the process of reaching.

He told the Sheriff’s Office he granted the request for 30 more minutes and the child left without further discussion.

Perilloux denied to police having touched any of the girls inappropriately, with an investigator noting Perilloux appeared surprised that any such allegation had been made.

In December, the Okaloosa County Sheriff’s Office stated they were contacted by members of Louisiana State Police requesting information regarding the alleged touching in Florida.

Louisiana authorities informed Okaloosa County the victim from Florida also alleged prior incidents of Perilloux touching her breasts in Louisiana.

Okaloosa County was told March 22 that the Louisiana Attorney General’s Office was interested in moving forward toward prosecution.

Authorities say on four occasions from May to December 2017, Perilloux assaulted a juvenile in a sexual manner in St. John the Baptist Parish.

In total, police and prosecutors are alleging three victims were targeted.

The Louisiana indictment indicates once in May and twice in June, Perilloux engaged in indecent behavior with a juvenile by committing a lewd or lascivious act upon the person or in the presence of a child under the age of 17 with the intention of arousing or gratifying his sexual desires.

It is also alleged that in December 2017, Perilloux committed misdemeanor sexual battery when he intentionally touched the breasts of the victim using his hands without consent of the victim.

The Louisiana Attorney General’s Office is handling prosecution of the case. A spokesperson for the AG’s office would not comment beyond the indictment so as to not jeopardize the prosecution.

It is believed the Louisiana Supreme Court will appoint an ad hoc judge to preside over Perilloux’s case as it proceeds to trial or other resolution.

Perilloux has been “on leave” from the bench since voluntarily stepping down May 16 following published accounts of multiple criminal investigations into his behavior with underage females.

Judge Mary Hotard Becnel was appointed ad hoc and is handling the duties of Division B during Perilloux’s leave.

Becnel’s term was scheduled to last through June and could extend because of this week’s developments from the grand jury.

The election was necessary to fill the unexpired term of departing Judge Becnel.

The 40th Judicial District Court covers St. John the Baptist Parish and is divided into three divisions — A, B and C — one judge presiding in each division.

Perilloux has previously served for a dozen years as an assistant district attorney in St. John Parish. He was also a legal counsel representative for St. John the Baptist Parish Government.

EDGARD — Authorities say on four occasions from May to December 2017, Elzey Jeffrey Perilloux assaulted a juvenile in a... read more