Looks Bright: Anesthesiologist in training wants to put others at ease 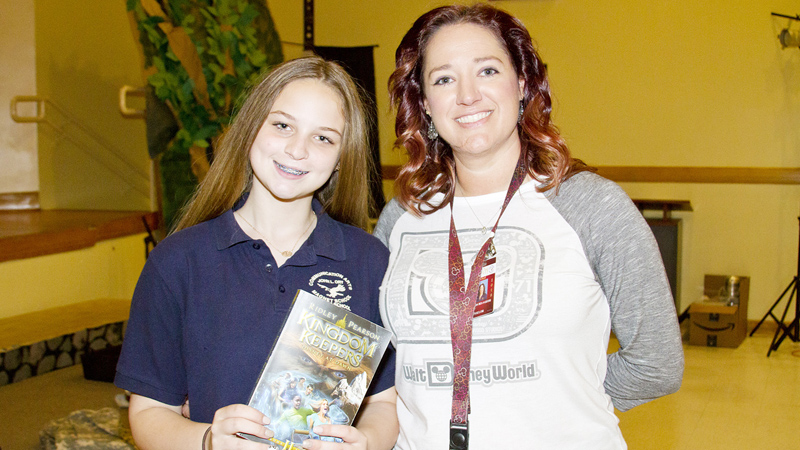 LAPLACE — Megan Remondet aspired to become a pediatric anesthesiologist long before other children her age learned how to pronounce the words.

Now a rising freshman thriving academically and socially, Megan remembers what it was like to feel small and scared in hospital rooms as she awaited surgery.

“I was born with a cleft lip, so I’ve been through many, many surgeries,” Megan said.

“The anesthesiologist has always been that person who comes in and calms me down. I want to take on that role for other people because I know what it’s like to be that scared little kid.”

Megan is mature for her age, and her dedication to building a future for herself set her apart from most girls in her John L. Ory Magnet graduating class, according to counselor Amanda Bourgeois.

“It’s a more mature notion for somebody in eighth grade, knowing that she needs to buckle down and be serious because what she does now will help her later,” Bourgeois said. “She sees down the line, and we don’t get a lot of that in middle school.”

Megan Remondet and Ashari Johnson get in some practice time last month in advance of a recent Memorial Day performance.

Bourgeois is the faculty sponsor for Junior Beta Club, through which Megan exercised her leadership skills in an elected president position.

This year, she placed first in a speech competition during Beta District Day.

Megan also served as president of Explorers Club, an organization that allows students to start a dialogue about enrolling in and paying for college.

She’s a participant in Book Club, also overseen by Bourgeois. This year, members took a trip to Disney World to experience the Disney-based Explorers book series.

Bourgeois said Megan is kind and considerate in interactions with her peers.

“If they start to slide off in the wrong direction, she tries to pull them back and help them.”

Megan strives to be personable and well rounded. Last year, she added volleyball to her already packed schedule to experience athletics and was surprised by how much she enjoyed it.

STEM subjects are her strong suit. At John L. Ory, she was the only person in her grade to score advanced on the EOC math exam, and she placed in school, district and state science fair competitions with her project on solar powered ovens.

Describing herself as determined and successful, Megan said her school ventures carry into her home life.

Her parents, Rusty and Ashley Remondet, push her to reach her fullest potential.

“My dad likes what he does, but to this day, he wishes he would’ve had the motivation to push through college and become an attorney,” Megan said. “I want to make him proud, knowing I pursued what I want.”