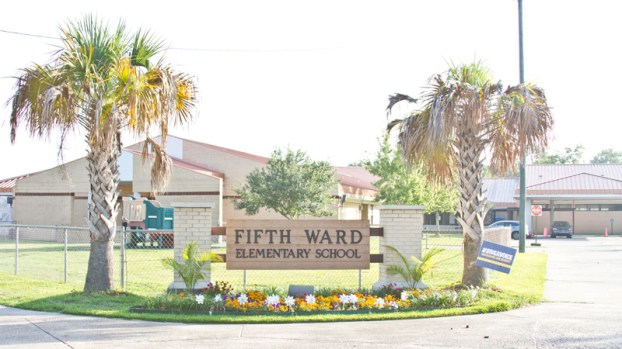 RESERVE — Holding every child in a classroom to the same educational standards is comparable to picking up 60 percent of students at a bus stop and leaving the remaining 30 percent in the dust, according to the Rev. Donald Hunter, director of the Black Family Initiative.

It’s a pattern evident at Fifth Ward Elementary in Reserve, a “D” rated school designated as the lowest performing in the St. John the Baptist Parish Public School District.

Using grant money provided through the Office of the Governor of Louisiana, the Black Family Initiative is partnering with St. John Parish Public Schools and a local church to provide summer instruction for children in need.

By the beginning of July, summer classes will be available to Fifth Ward Elementary students performing at the approaching basic level from 10 a.m. to noon Monday through Thursday.

Summer class location is to be determined, according to Superintendent Kevin George, though it has been narrowed down to Bethlehem Baptist Church in Reserve or at Fifth Ward Elementary. Parents of qualifying students have been notified.

An exact starting date cannot be set until the School District receives approval from the Governor’s Office, according to George.

Hunter said approaching basic students are targeted based upon 18 months of research. According to findings, grade level curricula is designed to elevate students from basic performance to mastery on standardized tests. Students performing at an approaching basic level are already at a disadvantage on the first day of school.

“We’re teaching grade level standards, and a significant amount of our students are below grade level,” Hunter said. “If students are falling behind, the only way to catch them up is through extended instruction time.”

Ideally, the program would last six weeks through the summer and continue from 4 to 6 p.m. two days per week after the start of the school year.

Extra instruction helps a student academically while building confidence, according to Hunter. He anticipates the summer program expanding within St. John Parish in coming years as others are inspired to secure funding for their schools.

Fifth Ward presents a unique challenge because it’s the school with the largest percentage of children who come from poverty, according to George.

“It does pose additional challenges, but it’s so rewarding when you see those kids excel,” George said. “I know the community and the staff really want this school to be an ‘A’ school because it will show everybody that it doesn’t matter where you come from. When you step into the classroom, we can educate you effectively.”

For more information about the summer instruction program, contact Hunter at 225-636-9404.