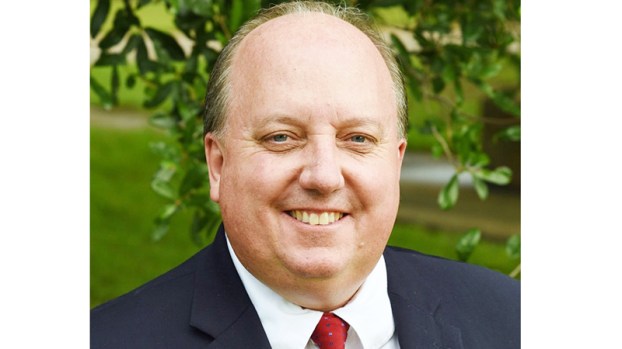 Judge Perilloux denies inappropriately touching underage girl; says he has not been contacted by police

The alleged assault took place during a vacation with friends, where Perilloux was serving as the adult chaperone.

Okaloosa County Sheriff’s Office investigators began looking into the validity of the charges in the months that followed.

Perilloux is well known in St. John the Baptist Parish and currently serves as judge for the 40th Judicial District Court, Division “B.”

As of last week, Okaloosa County Sheriff’s Office Public Information Officer Michelle Nicholson told L’OBSERVATEUR the Florida-based investigation was largely complete and local investigators were conferring with the State Attorney’s Office. “They were also conferring with officials in Louisiana,” Nicholson said. “It is just a matter of some people making decisions on whether or not they will be pressing charges and what the general charges are going to be.”

“The ball is not really in our court right now,” Nicholson said.

When asked about the investigation and charges of inappropriate touching, Perilloux told L’OBSERVATEUR he “categorically” denies the allegations.

“I have not been contacted by anyone from the Louisiana State Police to advise me that I was the subject, am the subject or the target of an investigation or any investigation,” Perilloux said.

Perilloux said he first heard of the allegations when it was reported this afternoon in The New Orleans Advocate.

In speaking with L’OBSERVATEUR, Perilloux said he did not have any immediate plans to step down but added the situation and his understanding of the complaints was “happening so quickly.”

“My plan will be to serve the people who elected me to serve for as long as I am able to do so,” Perilloux said. “I love this community. I will continue to do the job that the people have elected me to do until such time as I am no longer able to.”

Perilloux has secured the services of attorney David Courcelle, who told L’OBSERVATEUR he was still waiting to see what the real allegations are.

“All we have right now is an article by the Advocate,” Courcelle said. “We’re still trying to see what the alleged allegations are. We don’t really know. We’re working on trying to find out what the alleged victim is saying at this time.”

Courcelle said his client has not been contacted by Louisiana State Police or the Okaloosa County Sheriff’s Office, adding Perilloux has not given any statements to Okaloosa or State Police.

Louisiana State Police recently turned over findings of an investigation concerning Perilloux to the Louisiana Attorney General’s Office; however, it is not known how that complaint originated or if it involves a separate alleged victim from the Florida case.

Louisiana State Police officers are known to have spoken to several St. John the Baptist Parish females concerning Perilloux’s alleged actions, which were said to include inappropriate touching and texting.

The Advocate reported today that the Louisiana Attorney General’s office was preparing to present the allegations to a grand jury.

Perilloux was elected judge in December 2016, when he captured 55 percent of the turnout to defeat a challenge from attorney Nghana Lewis Gauff.

Perilloux has practiced law in St. John Parish since 1994, served as an assistant district attorney for 12 years and has served as legal counsel for St. John the Baptist Parish Government.

RESERVE — Road Runner Food & Fuel is a small business that has seen a large amount of luck in... read more