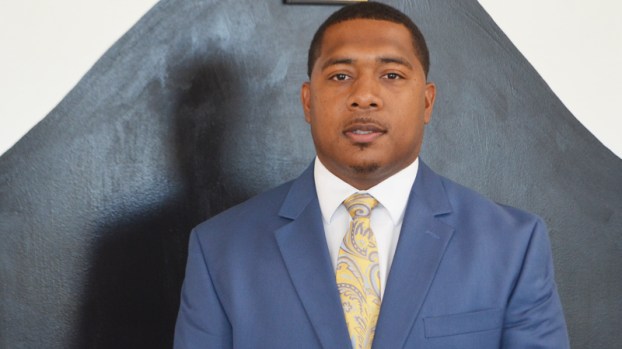 Wildcats alumnus wants to bring excitement back to ESJH football

RESERVE — Only once in 2017 did East St. John Wildcats football fans pack Joe Keller Stadium enough to cause overflow parking to expand past the parking lot and along Airline Highway.

That was courtesy of a renewed alumni push, not about excitement for the on-field product.

The search for his replacement ended this week, with the naming of ESJH alumnus Brandon Brown as new football coach and athletic director.

“I’m a Wildcat by birth and by heart,” the LaPlace resident shared with L’OBSERVATEUR. “When I was at school, one thing we took pride in was making sure Airline Highway was backed up on a Friday night. That’s the excitement we want to generate and bring back to St. John Parish. We want to sell our program by doing things the right way.”

Brown’s hiring followed a ton of interest that included more than a dozen official applicants, committee interview process and input from new principal Christopher Mayes, who was hired last week.

“At the end of the day, the committee members said we can’t go wrong with a Wildcat, someone who is from this community and still lives in this community,” Superintendent Kevin George said. “We want him to come here and replicate what he was able to do in St. Helena.”

Brown arrives at ESJH, following a head coaching stint at 2A St. Helena College and Career Academy, where the Hawks wrapped a playoff season with an appearance in the state championship game.

“Being that he lives here and graduated from East St. John, he understands the community and what it wants,” George said. “In the River Parishes, there are six high schools and in the last four years each one of them have played in the Superdome (for a state championship) except East St. John High School. The expectation is to compete for a state championship every single year.”

Brown plans to focus coaching on special teams, which he termed an integral but overlooked part of the game.

“It goes back to personnel and the type of people you have,” Brown said. “I’m going to evaluate the talent. Ideally, I would like to run a spread offense that’s up-tempo with a 60/40 run-to-pass ratio. Defensively, we’re going to play fast and play physical. We’re going to fly around, create some excitement and do things the right way.”

“We are going to take our time, do our due diligence and seek and hire the best quality people for the jobs,” Brown said.