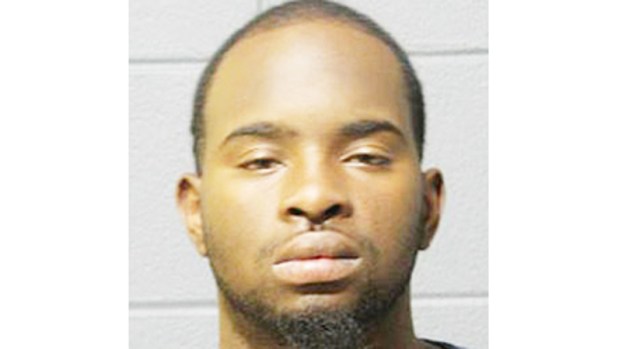 LaPlace man sentenced to 5 years after woman robbed at gunpoint

RESERVE — A local man received the maximum sentence under the law, according to prosecutors, following a violent armed robbery from early 2016 that police said took place in full view of the victim’s children.

Dequan Brown, 23, of LaPlace pleaded guilty through a plea agreement March 19 to illegal possession of stolen things and was sentenced to five years with the Department of Corrections.

According to the St. John the Baptist Parish Clerk of Court’s Office, Brown was given credit for time served since his Feb. 25, 2016, arrest. He was ordered to pay $1,865 in fees and fines.

Prosecutors said no restitution is due, as all stolen items were recovered.

Brown’s initial arrest followed an evening robbery where police said a woman selling clothes out of her vehicle in Reserve was robbed.

Brown was apprehended four hours after the crime.

The St. John the Baptist Parish Sheriff’s Office announced the victim attempted to sell clothing and other types of apparel out of her car to a potential customer when three men with guns approached her and her children.

Police did not release the ages or number of children involved.

When the victim made contact with individuals she thought were potential customers, she was informed it was a “stick up,” police said.

The gunmen got away with the victim’s items without injury, and authorities said the victim was able to provide detectives with a description of the suspects.

Authorities recovered the stolen items at Brown’s home. Brown was initially charged with armed robbery, illegal possession of stolen things and possession of a firearm by a convicted felon.

“The armed robbery and possession of a firearm by a convicted felon were not a part of the plea,” District Attorney Bridget Dinvaut said.

RESERVE — Employees from Cargill came during spring break on Friday to plant flowers and beautify the front of Fifth... read more