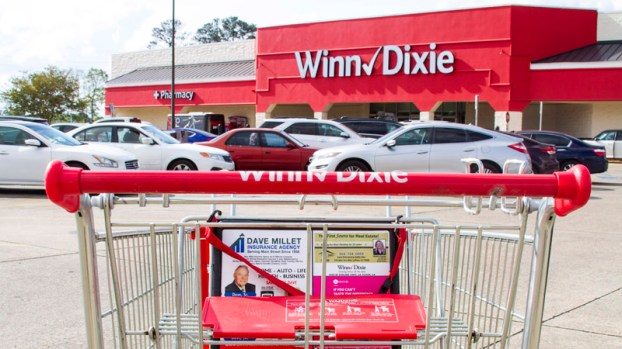 Corporate officials said there are no plans to close the LaPlace Winn-Dixie, which has been open for almost 20 years. Mandeville’s Winn-Dixie is the only store reportedly closing in Louisiana as part of corporate debt management.

LAPLACE — When venturing out for groceries, Blaine Madere of LaPlace gravitates toward Winn-Dixie for its convenient location and laid-back atmosphere.

“Walmart is too crazy for me, and this is a good place to shop,” Madere said. “The meat is fresh; the fruit and vegetables are good. I’m glad they aren’t closing.”

More than 100 Winn-Dixie associates and St. John Parish officials were present to welcome the community with a ribbon cutting ceremony in October.

The Winn-Dixie in Mandeville is the only store closing in Louisiana as part of Southeastern Grocer’s plan to eliminate more than $500 million in debt.

Corporate Affairs specialist Joe Caldwell said there are no plans impacting the LaPlace location, which has served the community for almost 20 years.

Store closings announced earlier this month were identified as underperforming in relation to other stores in the region, Caldwell said.

LaPlace residents who visit the store regularly said they are relieved it remains open, adding the store plays a vital role in the community.

Variety of food selections sets Winn-Dixie apart from other locations, according to Wendy Washington of LaPlace.

Customer Jim Duhe said the store boasts good sales, adding there’s nothing he would change to improve the LaPlace location. Washington and Duhe agreed the LaPlace Winn-Dixie is nice and clean, especially since renovations were completed in October.

Donyelle Cyres of LaPlace said the organization is better suited to serve customers now than it was at this time last year, and store workers have been helpful in giving direction.

“It’s a nice store,” Cyres said. “If you don’t know the layout of the aisles, they give you a paper telling you what you can find on each aisle.”

Cyres enjoys the modern look with a bold, red color scheme, and she intends to continue regularly shopping at Winn-Dixie because she considers it a successful store.

A revamped design, a new Dollar Shop section, an updated farm-fresh produce section, an improved deli with grab-and-go meals, a hot wing bar, a sushi bar, an improved bakery and full-service seafood and meat departments were among the investments poured into the LaPlace location late last year.

The local renovations are part of a three-year plan to revitalize a significant portion of the 582 stores across the South remaining in operation, according to a recent Southeastern Grocers press release.

Under the current restructuring effort, Southeastern Grocers anticipates emerging from its debt crisis within 90 days.