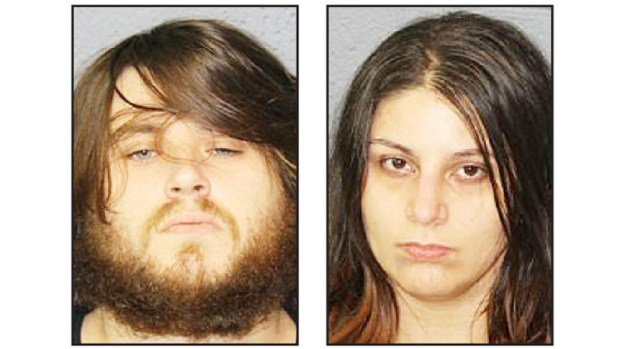 RESERVE — A Reserve couple that authorities said were cooking and using drugs in a home shared with their children can avoid lengthy prison sentences with the successful completion of the Drug Court Program.

Following a residential drug raid in Reserve, the St. John the Baptist Parish Sheriff’s Office released the above picture, adding a “staggering amount of materials used to manufacture methamphetamine” was discovered.

Detectives said the toxic materials were located inside the home shared with the suspects’ two juvenile children.

The suspects each pleaded guilty, as part of plea agreements, Feb. 20 in front of 40th Judicial Court Judge Jeff Perilloux to their roles in the drug operation.

Each was sentenced to more than eight years with the Department of Corrections, suspended, and accessed $3,137.50 in fees and fines.

St. John Parish District Attorney Bridget A. Dinvaut said the defendants, identified as boyfriend and girlfriend, did not possess previous criminal records and were not participating in drug trafficking.

“The evidence that we received was that they were making meth for their personal use,” Dinvaut said. “As a result, because of the serious addiction associated with methamphetamine use, it was recommended that they participate in the Drug Court Program to address the substance abuse problem. They indicated a willingness to reform their behavior, rehabilitate themselves and work toward overcoming their daily drug habits.”

Dinvaut said if Sikes and Simoneaux do not successfully complete the drug court program, they each face eight years in jail.

The Drug Court Program typically includes up to two years of process with individual and group therapy and drug testing.